Home   /   Blog   /   Can Ear Cropping and Tail Docking of Dogs Be Compared To Breast Implants in Humans?

Can Ear Cropping and Tail Docking of Dogs Be Compared To Breast Implants in Humans?

July 12, 2010 by Sandor Fagyal
Tell me…do women look better with breast implants? You are probably thinking “what the hell does silicone have to do with dogs?” Not much, I agree, but as an analogy, it is striking. Today I was walking in a shopping mall and saw a woman with “fake boobs”. My train of thought steamed ahead of me and I found myself thinking: “Hey! This is much like cropping a dog’s ears or docking its tail! So….I would like to talk about docking and cropping. (At the end, feel free to answer my initial question, if you feel like it, of course) Much like with silicone implants, tail docking and ear cropping have been met by a lot of opposition. The tradition first originates from selecting breeding practices and it is seen as cosmetic modification of that which is God-given. So let me start by explaining what ear cropping is. At about age 9-13 weeks, puppies go under the knife and their whole look changes. While the puppy is anesthetized the outside edge of the puppy’s ears are cropped. The cuts are sutured closed and the ears are placed in a rack so that they stand up, while they heal. Breeds that undergo this procedure include the American Staffordshire Terrier, American Pit Bull Terrier, Staffordshire Bull Terrier, Schnauzer, Boxer, Great Dane, and Doberman Pinscher. Cropping was originally done on fighting dogs…to decrease their chances of having an injured ear. On hunting dogs it was also done, but in this case it was done, so that they wouldn’t get tangled in the bushes. Now the main question arises: Is it good to have this procedure done? Well, I have to be honest with you; I like the look of a hardcore Great Dane with cropped ears….or the sleek look of a Doberman with cropped ears. But…- and yes, there is always a but - ....Cropping is no longer necessary. Dog fights have been banned and working dogs have become more family dogs. 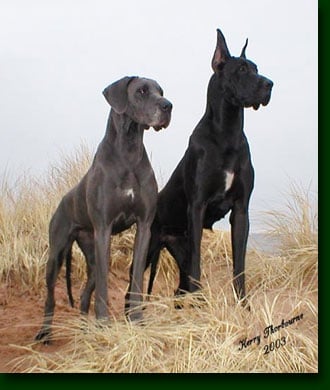 Tail docking on the other hand, is a procedure that is done when the puppy is only days old. The tail is twisted off, after a scissor-like instrument has been clamped onto the tail. Length varies according to breeds, with Rottweilers having a shorter docked tail than Weimaraners for instance. If the tail has been docked properly, the fur will grow on the end of it. Yes, again I have to admit it looks good. Stilettos or flats? Hmmm….tough question, even for a gal like me. But while there is little excuse for cropping, there are reasons for docking. A breed standard often dictates it. 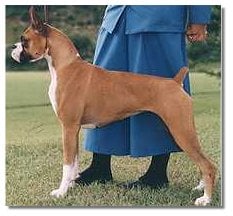 A factor which can help us understand the basis for tail docking is a phenomenon called “Happy Tail”. There are those breeds, like the Labradors and the Golden Retrievers that have immensely “Happy Tails”. Although we think of an energetic tail as a sign of happiness, there is more to it than meets the eye. These dogs were physiologically bred to be good swimmers, and the strength of their tail wag helped them with swimming, much like that of an otter. With the immense strength in their tails, they have the power in them to break the tail as is. What results is a painful docking procedure that is much more painful for adult dogs. Other hunting dogs, like the Weimaraner for example has a docked tail because it would be especially painful for the dog to get stuck in underbrush, or a wired fence as such. So what of breast implants? Well, Women of any age go under the knife and their whole look changes. While the woman is anesthetized, the breasts are opened up at the sides; the silicone is placed inside, under the muscle and the cuts are sutured closed. The breasts are then wrapped up while they heal.

So what is the bottom line here? Well, while I don’t see any use in ear cropping, there may be reasons behind tail docking. A companion dog that will be a family member and a playmate of children doesn’t need to undergo these procedures. If you are adamant on showing your dogs…well then…you may have to adhere to breed standards. However, many reputable breeders don’t believe in cropping or docking, so you can have your pick, if it really bothers you. When it comes to breast implants, should I repeat myself and say, if she is a show-quality bitch she should be allowed to have it done and if she is a companion she should be left in peace? Oh man, what a can of worms I opened with that one…
Share:
Tweet