July 12, 2010 by Sandor Fagyal
One of the most heart-warming stories in the news this week has been of the incredible journey undertaken by an Australian dog. The dog - named Sophie Tucker after a famous US entertainer - had fallen overboard as its owners Jan and Dave Griffith sailed through a storm off the Queensland coast last November. The distraught owners had thought they ha’d seen the last of their pet but - amazingly - four months later they were contacted by rangers who had found her on a desert island. 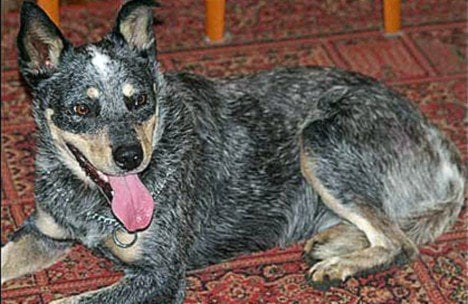 It turned out Sophie Tucker had swum five nautical miles to find safety on the island where she had lived on goats. You can read a full version of the story - as well as an interview with the owners at the BBC News website. But this is far from the first incredible journey a dog has made. In 1922 Science magazine reported on a one-year-old collie whose owners moved 160 miles from Canon City to Denver, Colorado. Within a week the dog was back at his old home, having crossed the Arkansas River and a mountain range including the giant Pike’s Peak. Perhaps even more amazingly, in 1994, a veterinary magazine reported how a Cocker Spaniel called Sadie safely returned to her home after losing her owner 45 miles away. What was remarkable about Sadie was the fact that she was blind. Sadie’s story adds credence to the idea that dogs use their sense of smell to guide them home. Many scientists think they encounter familiar odours from other dogs they have been in contact with and whose “home range” overlaps with theirs. They then calculate the right direction in which to head based on this information. For more odd and interesting scientific facts about man’s best friend you should read ‘Play It Again Tom: Curious Truths About Cats And Dogs’ by Augustus Brown.
Share:
Tweet