Denise Richards and Her French Bulldog

July 12, 2010 by Sandor Fagyal
We all know Denise Richards as the "Bond Girl" in "The World is not enough". She may not want to be remembered for that as she got the dubious award for the worst Bond Girl of all time! Nonetheless, she has been consistently ranked as one of the most beautiful women in the world and she's chosen a French Bulldog to keep her company. His name is Hunk. 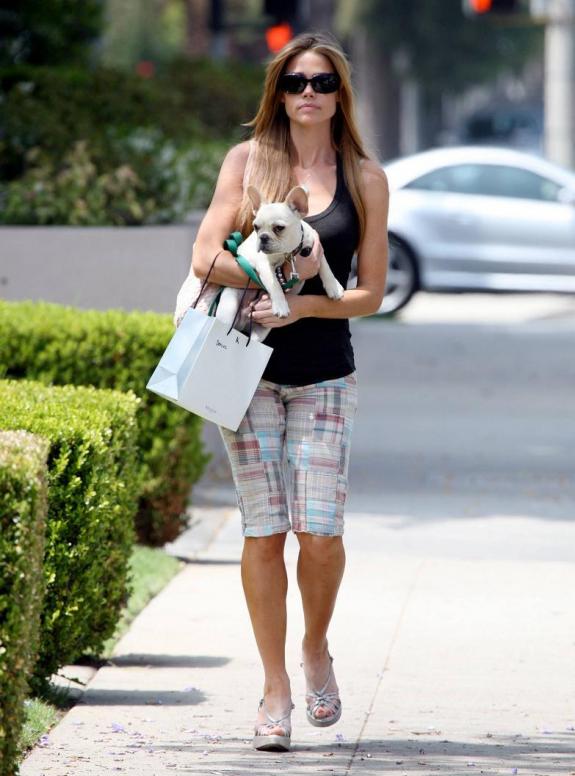 French Bulldogs are one of the best known apartment dogs. In fact, their flat nose, and body shape prevent them from effectively regulating their temperature outdoors. In spite of this, they are considered to be one of the healthiest Bull Breeds. They are well known for their easy going ways and make ideal companions. Historically, though the breed has a French Prefix, they were mostly developed in the US and Britain. A common name for the breed is Frenchie! Would you like to see similar cute French Bulldog puppies? Check out what Euro Puppy has to offer!
Share:
Tweet