Endal -The Most Decorated Dog in the World

July 12, 2010 by Sandor Fagyal
The 13 year old Labrador Retriever has sure seen some things in his time. He is the most decorated dog in the world, and has received the People's Dispensary for Sick Animals (PDSA) Gold Medal for Animal Gallantry and devotion to duty. 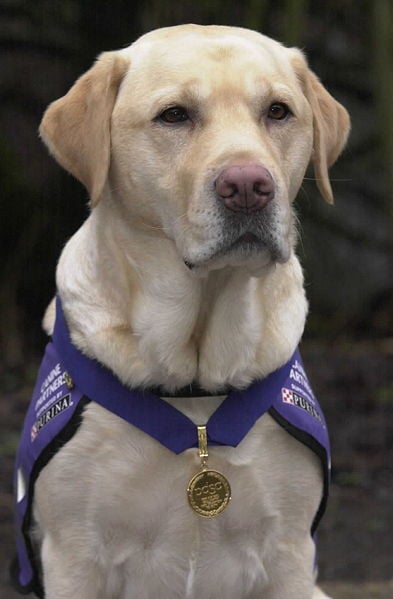 Endal can respond to over a hundred verbal commands, and several hundred signs. He has also been awarded the Gold Blue Peter Badge, which has only been awarded to one other dog in History.
Share:
Tweet