July 12, 2010 by Sandor Fagyal
The Romanian Mioritic Shepherd Dog: Nestled within the mysterious mountains of Transylvania and Romania, a rare and wonderful creature has been the companion of proud Romanians for hundreds of years! This rather unusual and generally-unheard of dog is new to both the world and to Euro Puppy! The Romanian Mioritic Shepherd Dog is a breed of large sheep dogs that originates from the Carpathian Mountains of Romania. Celtic and Tartaric tribes that came to the East brought this cool canine with them and it found a home amongst the Shepherds that even today live in the Transylvanian Mountains. This massive dog – which was officially recognized by the FCI in 2005 - is covered in thick, fluffy white or grayish fur. The eyes are slightly oval and are of a beautiful amber hue that creates a stunning contrast to the pale fur. They look like huge teddy bears! 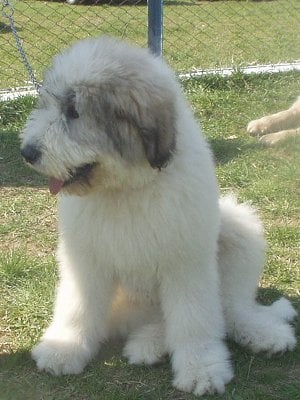 Despite their massive stature, Mioritics are extremely agile, and their main assignment was- and remains- to guard and protect their owner’s property. This breed has one of the best personalities, and they remain calm, vivid, well-balanced, alert and vigilant guard-dogs and pets. They are loyal and loving dogs to their masters, while remaining aloof with strangers. They are very resistant to diseases and climatic changes and they are quick learners and keen observers. The Mioritic’s background and temperament make this breed the happiest, when outside. They have an insatiable need for exercise and playfulness. An exciting new addition to Euro Puppy, this rare, jovial and massive dog will get its own space on the Euro Puppy Website. The gorgeous new litter being born in the next few days, will make it a special and much-awaited addition. And you thought only Dracula came from Transylvania?! It seems there are still wonders left in the world! 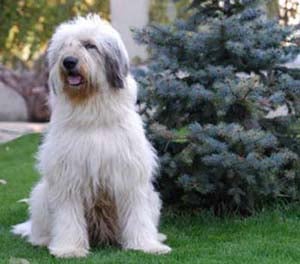