Finding Champion-line Komondor Puppies for Sale is Now a Possibility…

July 12, 2010 by Sandor Fagyal
Did you know that the Komondor is the breed of dog with the heaviest amount of fur in the whole canine world? That's right! The Hungarian Komondor has the most fur and even among it's sheepdog colleagues it reigns supreme at spot number 1! It's fur resemles a mop or collection of dreadlocks and therefore it is safe to say it is much like a European Rasta Dog! (or at least one of two, since it's Hungarian cousin , the Puli, has to come first, in that department!) Nevertheless, the fur of a Komondor is stringy and thickly corded. As a puppy, the fur is fluffy and soft, but as it grows into adulthood, the strands becomes more and more wavy and thus grow naturally long and cord-like. The length of the coat is in direct proportion to the age of the dog!How so, you ask? Well the oldest dogs have the heaviest and longest of coats. Once the cords are fully formed, the Komondor does not shed. It is thus a hypoallergenic giant and although one would think a huge, hairy dog like this would shed, interestingly enough, it doesn't! But that is the magic of a Komondor! The only shedding that does occur is during the puppy phase, when the puppy finally reaches a stage when the dreadlocks are fully formed. So if you suffer from allergies and love big dogs, fear not! 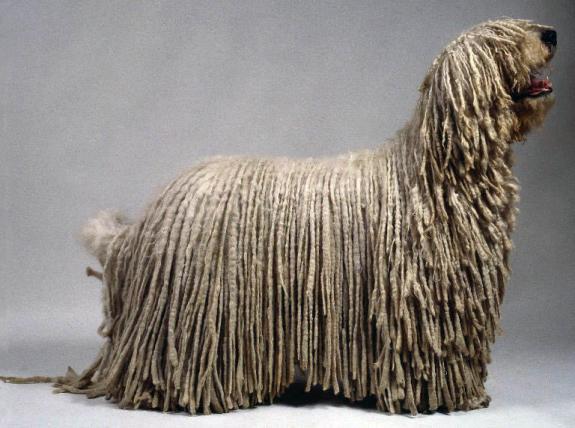 Unlike it's cousin, the Puli, the Komondor only comes in white. However due to living mostly in the open, it does become off-white or discolored over time, if not washed regularly. Being a working dog, the Komondor has been known to meet a couple of wolves along the way, while protecting sheep . A wonderful fact about the dreadlocks, is that it protects the Komondor from wolves! Although a wolf may attack a Komondor, not even a wolf-bite could pass through the thickest fur of all the canines! Now beat that! It sure is worth being a sheepdog, if one has dreadlocks of steel! At Euro Puppy, we are proud to offer champion-line, purebred Komondor puppies for sale. This rare breed is a companion, a friend, a guard dog and a proud representative of European breeds and sheep dogs alike. 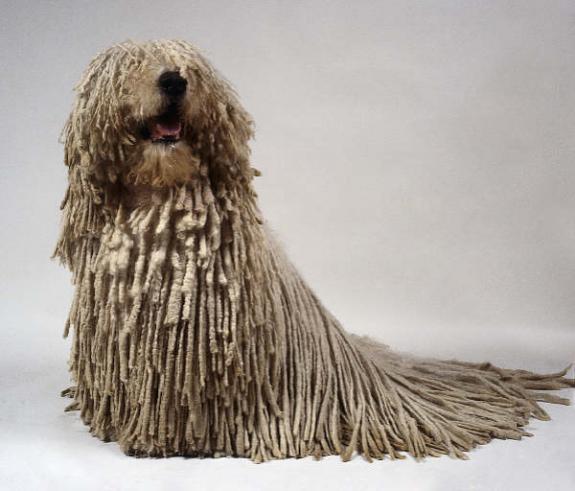