Frenchie puppy to save a baby’s life

February 14, 2011 by Sandor Fagyal
How could a tiny French Bulldog Puppy save a baby's life? Certainly not by preventing an accident, or protecting the house from intruders. 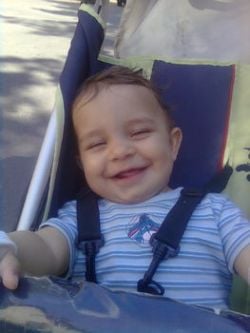 But Zalánka, an 18 month old baby living in Debrecen, Hungary, does not need that kind of protection. What he needs is a bone marrow transplantation and his mum to be able to look after him and his 3 brothers and sister. Zalánka was diagnosed with Ewing Sarcoma (bone cancer) in 2010 August. He has been through several Chemotherapy treatments. His mum is doing an amazing job raising five kids on her own and taking Zalánka to the hospital for treatments. However, looking after the family prevents her from working and after the bone marrow transplantation she will have to be with Zalánka in a sterile room for two months 24/7. As a result, the family cannot make ends meet without external financial support, not to mention the expenses of cancer treatment. Generous people and local charitable events have already helped a great deal, but more is needed. 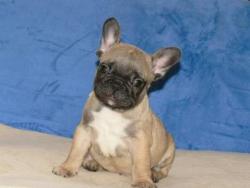 We named this beautiful French Bulldog Puppy Charity and decided to donate the money to saving Zalánka if he is adopted. Charity loves to clown around and he thinks that every object was put there for him to play with. In fact, he thinks the same of humans and his litter mates. Charity comes from a great line, his parents are beautiful specimens of the breed. By adopting charity, you will not only have a happy little companion for many years to come, but you will also help save a baby's life! Please share this post with your friends, the sooner Charity is adopted the better chance Zalánka has for survival.
Share:
Tweet