Home   /   Blog   /   Have you ever wondered how many people type “puppies for sale” in search engines from the Middle East?

Have you ever wondered how many people type “puppies for sale” in search engines from the Middle East?

July 12, 2010 by Sandor Fagyal
Euro Puppy Establishes Itself in the Middle East! The Middle East conjures up images of spices, mysterious spirituality, vibrant colors and heat waves. Well at Euro Puppy; things have been heating up quite rapidly! In the United Arab Emirates, luxury is norm, and one would think that puppies and dogs are not in the least bit important. What a misconception! The majority of the population is of expatriate origin, and thus it is not surprising that the United Arab Emirates is a gateway for puppy love! Forget the spices, the vibrant colors and the heat waves…for now. Middle Eastern countries, like Qatar, Kuwait, Bahrain, Jordan, and Oman are showing an increased need for canine companionship, it seems. Hardly any facilities are present that offer high quality puppies for the expatriate community. Euro Puppy has been proud of the fact that so many excited dog-lovers from the UAE have contacted us. We offer only the highest quality puppies and dogs to satisfied customers. The Middle East has been virgin territory, and although Gucci, Versace and Diamonds sparkle everywhere, unconditional and unadulterated puppy love has been sorely ignored…up till now! Euro Puppy has established itself in all the major cities of the United Arab Emirates and beyond! 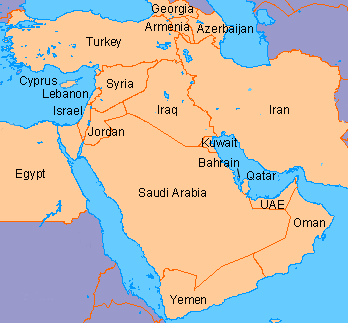 Keep reading... Satisfied customers living in the Middle East; namely Qatar, Kuwait, Bahrain, Jordan, and Oman have found the puppies of their dreams. Countries that are even further afield, like India and Iran have shown enthusiasm for Euro Puppy’s services as well. With over 150 breeds, finding the right breed is not a problem. Everyone can find their dream puppy! Puppies that have been shipped to the Middle East and beyond are healthy, beautiful and come from the best European breeders and from top champion-lines of Europe. Have you ever wondered which puppies for sale are the most sought-after in search engines from the Middle East? Golden Retriever puppies, Havanese puppies, Coton de Tulear puppies, Labrador Retriever puppies, Rottweiler puppies, and English Cocker Spaniel puppies are the most popular ones in the Middle East these days. All these can be found at Euro Puppy! More puppies for sale end up in the Middle East! A lifetime guarantee is given with each puppy purchased and strict quality assurance programs validate all the breeders so that the standards are of the highest level. The health of all the puppies prior to their shipping is examined by a staff veterinarian. This is imperative and at Euro Puppy we respect this fact the most! Popular cities like Dubai as well as all major cities in the Middle East are puppy hubs nowadays. The tiresome procedure of finding and interviewing the right breeders has been alleviated. The puppies that Euro Puppy offers are balanced, receptive, healthy and happy because they are not separated from their mothers too early. Thus, the whole procedure is more humane. With an increased need to have canine companionship in countries that lack these facilities, Euro Puppy can make your dream of owning a puppy become a reality. A dedicated team of dog-lovers take care of all the regulations and the shipping of the puppies to the Middle East is not only safe but hygienic as well. With over 150 breeds to choose from, tails are definitely wagging…even in the Middle East! It’s no mirage!
Share:
Tweet