How to protect your children from obesity 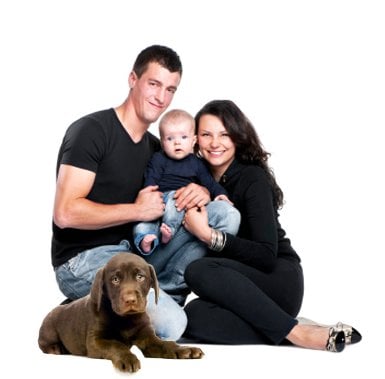 Get a dog - would be the short answer, but let's look into the severity of the problem first.. Obesity among children aged 6 to 11 has more than tripled in the past 30 years in the US. While 6 out of a hundred children between 6 and 11 qualified as obese back in the 80s, today 20 out of a hundred do. The most obvious negative consequence of obesity as a child is the constant bullying of schoolmates, but there are many, more significant risks such as high blood pressure, elevated cholesterol level and so on. The good news is that there is a fun way of protecting your children from becoming overweight. According to ScienceDaily, children, whose families own dogs are more active than those without. That may seem obvious, because dogs need regular exercise, but it is good to have some solid scientific evidence supporting the notion that dogs are good for children. "Researchers from St George's, University of London studied 2,065 children aged nine to ten, and found that children from dog-owning families have higher levels of physical activity compared to children without." The results showed that dog owners spent 11 minutes more doing physical activity, 11 minutes less doing sedentary activities and took 360 more steps a day than others. Dr Owen - the leader of the research team - said that more long term studies are needed to prove that having dogs makes children more active, and not the families who are more active in the first place choose to have dogs. "Previous studies have compared adult activity levels before and after getting a dog, and found that they do become more active afterwards." According to one of these studies, adults, who own dogs take 25% more steps a day than non-dog owners. This indicates that dogs indeed make people more active. To conclude, it is safe to say that according to current scientific evidence, having a dog in the family is good for children. In our experience a dog in the family is not only likely to make the children more healthy, but it will also help the development of their personality and increase the chances of having a balanced emotional life. Choosing the right breed for your children is of paramount importance. You should read this information before making a decision.
Share:
Tweet