July 12, 2010 by Sandor Fagyal
Kylie Minogue is well known as a Pop Star and her unique style of stage entertainment. Most people also know that the Australian Star overcame a battle with breast cancer. It was during the treatment, that the star says she became very close to her ex boyfriend's Rhodesian Ridgeback - Sheba. 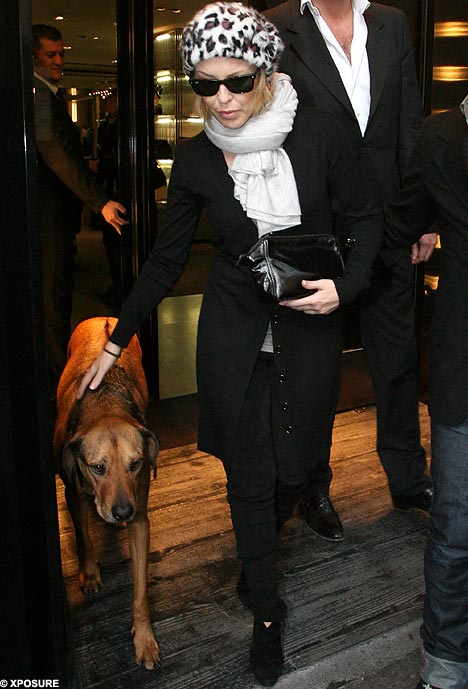 Rhodesian Ridgebacks are extremely loyal to their master and though they are not aggressive, they don't get friendly with strangers either. Most trainers know however that they don't respond well to rough treatement and discipline. Perhaps they have a soft side after all! Interestingly, the dog which hails from southern Africa was used to keep lions occupied while they bought time for their master to arrive and kill it. For this reason, they are also called the African Lion Hound. Due to the varied abilities of the amazing dog, there has been considerable controversy as to how to classify it, since it performs many functions of the hunting dog very well.
Share:
Tweet