Malachy the Peke wins best in Show at Westminster 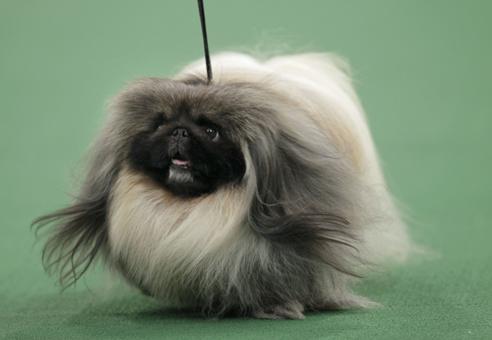 A four year old Pekingese, called Malachy, won the hearts of the judges at the 136th annual Westminster Kennel Club Dog Show in New York according to USA Today. The small Pekingese, who looks "like a (regal) cross between a slow-moving hair ball and an overgrown hamster", beat some stiff competition with more than 2000 dogs around. Malachy is currently No. 2 dog in the USA and can look forward to a life of chasing squirels in the yard after winning 115 best in shows in his career according to his owner and handler David Fitzpatrick. People, who are new to dog shows, are often surprised about the subjectivity of the judging. But according to David Frei, long time announcer of the Westminster show, "It's the nature of the show". Three of the top six dogs didn't even make it out of breed judging, including the No. 1 dog, which is unusal. 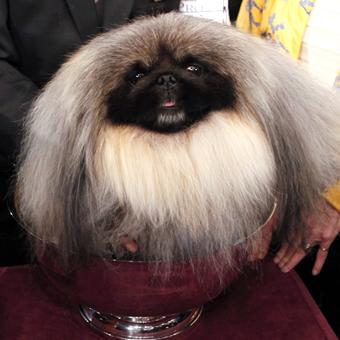 Malachy was clearly the star of the show and was also one of the few who could celebrate his success sitting in the trophy he won. Best in show!
Share:
Tweet