July 12, 2010 by Sandor Fagyal
Dog lovers are usually divided into two types - those who love big dogs and those who love small ones. Small dog lovers admire the ease of maintaining and caring for a dog who eats less (and presumably poops less!) and who doesn't take up much space on the couch. Big dog lovers however, claim that they're not as yappy as the small dogs and are generally more lovable and enjoyable to be with. 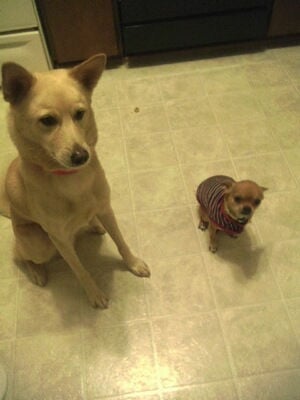 Regardless of which camp you're on, the battle seems to be going in favor the latter. While small dogs are very popular, the most popular dogs seem to be the biggers - German Shepherds, Labs and Golden Retrievers. They are the top three on the American Kennel club's list. That trend may be changing however. As more of the world moves into apartments and smaller houses, the small dogs will probably see an increase in their numbers - keep a look out!
Share:
Tweet