July 12, 2010 by Sandor Fagyal
You can'’t teach an old dog new tricks, or so the saying goes. But, if the story of a pair of English Jack Russell Terriers is anything to go by, it seems an old dog can teach a younger one a thing or two. For the past five years, a Jack Russell called Freddie, who lives with his owner Patricia Swinley in Gloucestershire, has regularly taken a ride on the back of a friendly Shetland pony called Daisy. When seven year old Freddie recently became friendly with a younger Jack Russell, called Percy, he was determined to share the experience with him. 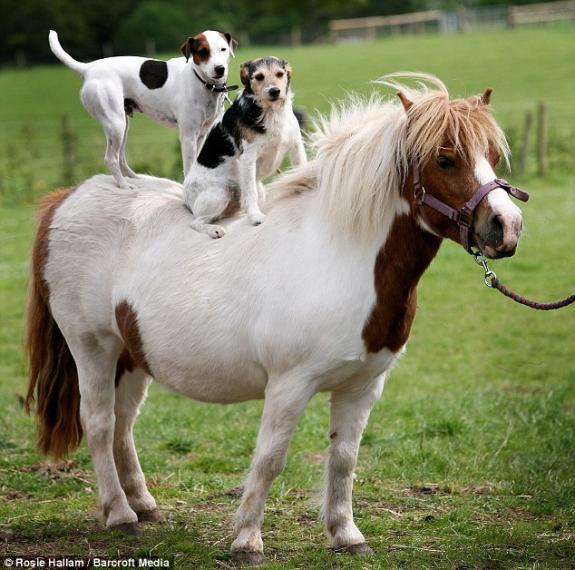 One day Freddie invited Percy up and the pair went for a ride. Percy quickly got the hang of it and the pair became regular passengers on Daisy’s back, amazing locals in their village, Flaxley. The only problem now is th at the pair often argue over whose turn it is to go first. There is no such squabbling when the pair take an alternative form of transport, in a little cart that Daisy pulls through the village.