Home   /   Blog   /   Socializing Your Puppy: How to Ensure Your Puppy Grows Up to Be a Happy and Playful Dog

Socializing Your Puppy: How to Ensure Your Puppy Grows Up to Be a Happy and Playful Dog

Many prospective dog owners worry about how to ensure their young puppies grow up to be happy dogs with good temperaments. However, the answer to that worry is deceptively simple: socialization. A well-socialized puppy almost always grows up to be a loving dog, as dogs generally do not fear or dislike experiences they encountered in their first three months of life. If a puppy has experienced meeting other dogs, humans, children and other kinds of pets before they reach the age of 12 weeks, they will generally react well to meeting other dogs and humans later in life.

Puppies are most alert to socialization cues between the ages of 3-12 weeks. As most puppies leave their mothers and breeders at 8 weeks of age, a significant proportion of their socialization happens before you even meet your future pet. A poor dog breeder therefore almost guarantees an aggressive or fearful puppy, as a poor dog breeder may not give enough attention to properly socializing your puppy in those important early weeks. 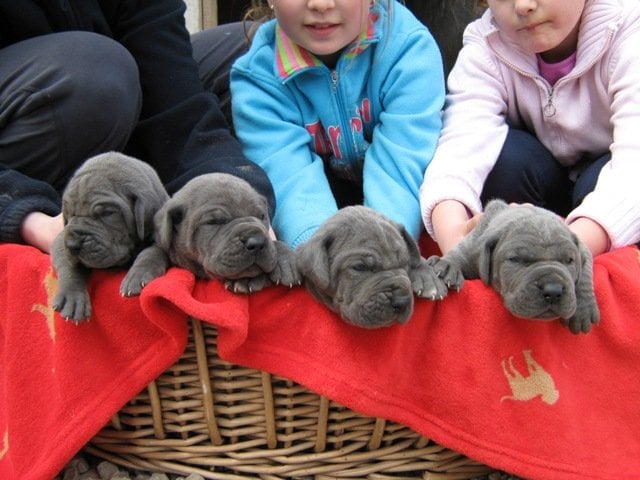 You might think the answer is taking a puppy home when they are very young, so as to ensure their first weeks are as sociable and happy as possible. Unfortunately, almost every authority recommends that puppies do not leave their mothers before 8 weeks of age. Why? Here are just a few facts that you may not know about very young puppies: In short, you need to ensure that your puppy came from a good breeder and was well socialized between weeks 3-8 of their life. Puppies who are alert and social able at 8 weeks when they are introduced to their new family can almost always be further moulded into excellent pets.

Introducing Your Puppy to the World

Puppies are generally naturally inquisitive and playful, so those early weeks are the best time to introduce them to new things and experiences. After 12 weeks, a dog may fear types of people or experiences to which they have not already been introduced. Week-by-week after that 12 weeks cut-off point, it becomes progressively harder to socialize a puppy. Therefore key socialization should happen before that 12 week mark. For example, if you have children (or you plan to have them in the future), it is advisable you introduce your puppy to children as soon as possible — especially if your puppy breeder did not introduce your puppy to babies or children before week 8.

A great way to socialize your puppy and get him/her used to new humans and dogs alike are puppy kindergartens, socialization classes that give puppies the opportunity to play with other young puppies and their owners. Such classes are highly recommended by authorities such as ASPCA and they go a long way to preventing the all-to familiar scene of dogs growling at other dogs or humans in the street. One caveat to this is vaccinations: a puppy should at least have had their first set of vaccinations before coming into contact with other dogs.

Because of all the dangers listed above, many people are wary of taking in an older dog and some even say that dogs older than 3 months will not be able to adjust to a new family. This is simply NOT true. As long as a dog was well socialized in their first three months of life, they should quite easily adjust to new surroundings or a new family given time. In other words, a 4 months old dog or even a year old dog will adjust to your family and make a great companion if he was a loved and cared-for dog in his past home or since his birth.

In all, introducing your puppy to new people, pets and experiences in the first 3 months of his or her life is crucial to ensuring they are not fearful or aggressive dogs in the future. A puppy who has played with other dogs and been handled by a variety of people and children will usually turn out to be a happy, confident and loving pet.