Home   /   Blog   /   Take that guilty look off your face. We can’t read our dogs’ expressions after all

Take that guilty look off your face. We can’t read our dogs’ expressions after all

July 12, 2010 by Sandor Fagyal
Those looks so many of us have seen in the eyes of our dogs are just tricks of our imagination, apparently. New research reported by the BBC suggest that the expressions we see on our dogs faces are simply projections of our own feelings. 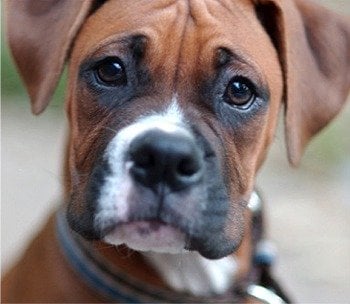 A study was carried out by Alexandra Horowitz, assistant professor at Barnard College in New York, who looked at how dog owners interpreted their pets' expressions, when they believed that the dog had stolen and eaten a forbidden treat. Horowitz and his team weren’t always truthful with the owners, however. Sometimes the dogs hadn’t eaten or stolen the treats. Yet when owners were told their dogs had misbehaved, they ivariably reported seeing the guilty expression, even if the dog hadn’t really done anything wrong. The conclusion was that there was no link between what owners thought they saw in their dogs’ faces and their behaviour.
Share:
Tweet