The French Poodle …. Not from France?

July 12, 2010 by Sandor Fagyal
There is quite a bit of dispute regarding where the Poodle originated. Many sources say that while the French were responsible for the development of the breed, they are not inherently from France. Indeed, the word poodle itself comes from the German "Pudel" meaning 'Splashing dog'. This shows that the Poodle wasn't bred for show at all, but for hunting! 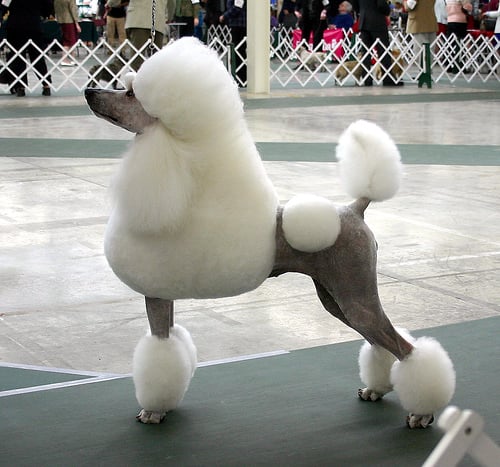 Image Credit: deanna
The story goes that the hair of the poodles were hampering their ability to properly participate in the hunt. To make things easier, the hunters sheared off the hair leaving it only in places where protection was needed like the hips and the ankles. Today of course, they are considered more for their looks than for their hunting capabilities. But goodness gracious! Who would have thought it?
Share:
Tweet