July 12, 2010 by Sandor Fagyal
The Pekingese is one of the most famous dogs in China. Apparently, this is due to it's resemblance to the Chinese Guardian Lions. According to ancient chinese tradition, these lions were held to have magical protective properties that made them common figures in front of temples and palaces. The Pekingese, with it's fur coat and unique fact bears a resemblance to the lions, and thus the lion's properties were transferred on to the dog as well. Also called "Foo Dogs" or Lion dogs, they were said to be guardian spirits. For over 2000 years, they were held to be sacred by the Chinese emperors and were thus accorded special privileges. 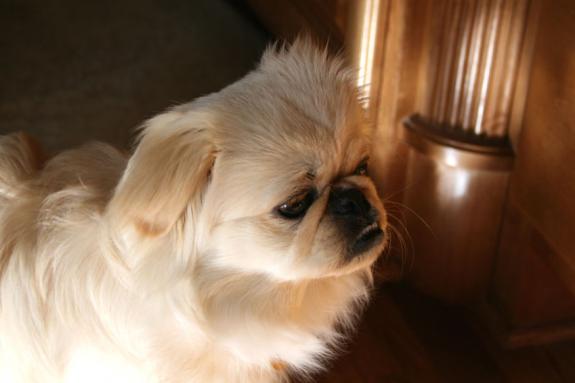 Pekingese dogs are extremely childlike, thus enforcing their status as toy dogs. However, they are very protective of the person whom they consider to be their master. Their behavior may be likened to a dog that doesn't quite realize that it's a dog and doesn't want the same rules to apply! A left over trait from it's history in the Chinese palace maybe?
Share:
Tweet