July 12, 2010 by Sandor Fagyal
Another Great Canine Escape We love stories about dogs making great escapes. The latest to catch our eye is the one of the dog that escaped from a rabbit hole by losing weight. Jake, a Jack Russell, disappeared after scrambling down into a rabbit warren in Pembrokeshire, Wales while out walking with his owners earlier this year. The owners, Jill and Rick Thomas, were distraught when he didn't reappear. Despite them offering a reward to anyone who might have seen Jake emerging from another part of the rabbit warren, he remained missing for 25 days. But then one day Jake reappeared - looking a lot slimmer. It turned out that he had been too overweight to squeeze back out of the hole and had remained trapped in the warren. As he lay in the tunnel Jake started to lose weight. When he had shed 2kg he was able to wriggle free. "We are just so glad to have him home - it's incredible he survived. He's a lot thinner but very happy," his owner Jill Thomas said. 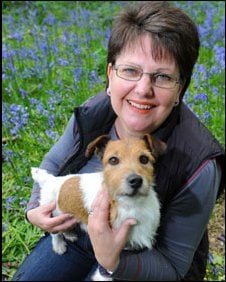 If you only buy and read one dog book this year, make it One dog at a Time