What Everyone Ought To Know About The Dog That Cannot Bark…

July 12, 2010 by Sandor Fagyal
There must have been times in your life when you had wished that your dog would just stop barking! Or maybe the neighbors have threatened to go to the police, if Fido carries on without a break. Well if you are one of those people, who loves dogs, but cannot stand the barking, there is hope! Have you ever heard of the “Dog that doesn’t bark?”...Or more commonly known as the Basenji? This amazing dog comes from Central Africa, and while civilizations were only starting to blossom, this dog was already established as a known breed! With a gazelle-like sleekness, an almost feline grace; and a movement that resembles more of a trotting horse, than a slumbering canine - the Basenji truly is a unique breed. They clean themselves like a cat; they have no doggy-odor and most interestingly: the Basenji cannot bark. They can howl like a wolf…they can yodel playfully...and they can scream when in pain…yet they cannot bark. Although they have the same vocal cords as other canines, it is believed that they truly are the representative breed of the cradle of canines, since dogs of the past, had little barking abilities as well. Autopsy results have shown that the breed has a very shallow Larynx compared to all other breeds; thus preventing them from normal woof woof! Their extremely high intelligence – that can be easily spotted from any photograph- with their keen eyes sparkling knowingly- means that they are not as easily trainable as other dogs, but they remain loyal, devoted and extremely friendly dogs, that do not fair well, when left alone. As far back as Ancient Egypt, the Basenji stood proudly next to Egyptian royalty and adopted the noble and aristocratic bearing of their owners as well. Native Africans have used the Basenji for hunting as well and only in 1895, did this breed become known outside of its native Congo. Also known as the the Congo Terrier, the Basenji breed was first established in 1939, in England. While the World Wars did nothing to perpetuate this awesome breed, conscientious breeders have done their job and are still doing their job in keeping this breed alive and well. These breeders and lovers of the Basenji can be found all over the world today- even as far as Australia. This is a medium-sized dog and males reach a height of 17in (40.5cm) while females reach a height of 16in (38cm). The ideal weight of males is 24lbs (11kg) and 22lbs (10kg) for females. So while more and more breeds come to be established in today’s world, where hybrid dogs are (sadly) the norm, one should take a moment and bow in respect to this ancient dog breed that is often referred to as the “barkless dog”, and which has been with us, since the ancient Egyptians blossomed and ruled Northern Africa. These dogs are cute, intelligent, alert, playful and have affectionate dispositions. But most unique of all it is their lack of barking abilities…that makes the Basenji a truly unique breed of dog. 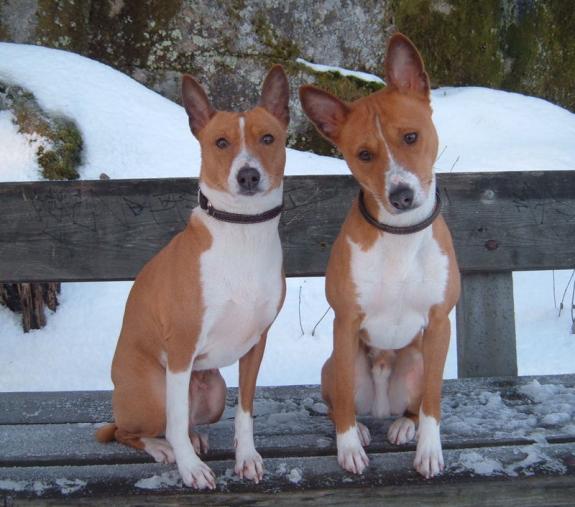 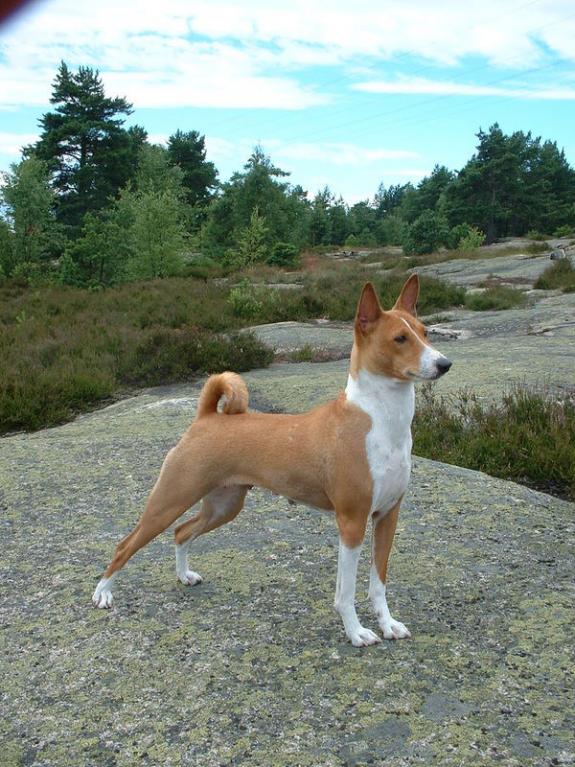