What sort of a Dog should President Obama get?

July 12, 2010 by Sandor Fagyal
There is plenty of press coverage for the fact that President Obama has to now get a dog for his daughters. Apparently, he had promised them a puppy regardless of the outcome of the election. The public got wind of this during his speech in Chicago. So what sort of a dog should the President get? Rumors from the White House indicate that this president might go for a mixed breed favored by his daughter. The mixed breed that is most favored by her is the Labradoodle - A mix between the Labrador Retriever and the Poodle! 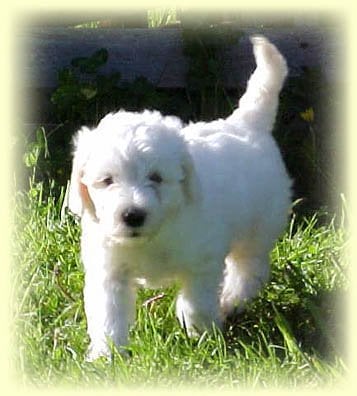 Courtesy of www.coppercanyonlabradoodles.com
Nonetheless, the American public voted for the type of dog for the President, and the results were startling - The Poodle! Also ranking high on the public perception of dogs, were the Miniature Schnauzer, Bichon Frise, and Chinese Crested. Poodles are the eighth most popular dog in the United States. Whatever breed is chosen, it must be hypoallergic since one of his daughters is hypoallergic.
Share:
Tweet