What is the largest dog breed? It is not so easy a question to answer as you might think. And while the biggest breed is debatable, there are many people who even more debatably claim to own the World's Largest Dog.

Below you find some 'possible' examples of the biggest dogs in the world. A lot of you might have seen these photos. We couldn't verify the sources so we leave it up to you to believe them or not. Photoshop can make look anything big. Let us know what you think. Have you seen any of these dogs in person? Do you have a photo that you want to share with us?

Without doubt the Great Dane is one of the biggest dog breeds in the world. This one below is a harlequin Great Dane. According to the breed standard Great Danes' shoulder height is between 71-86cm or 28-34 inch. While they are huge and can easily be as high as the woman in the photo, it looks fake. The hind legs are way too long, longer than the back line. 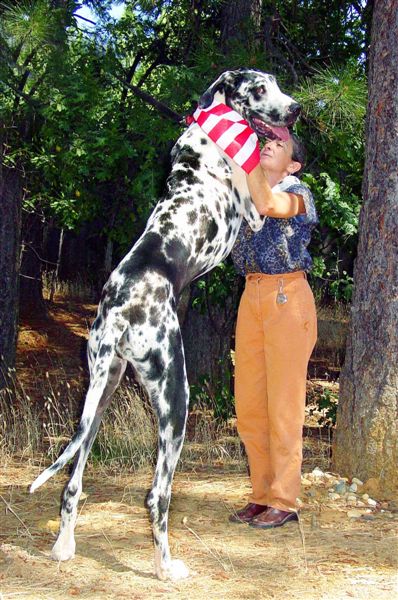 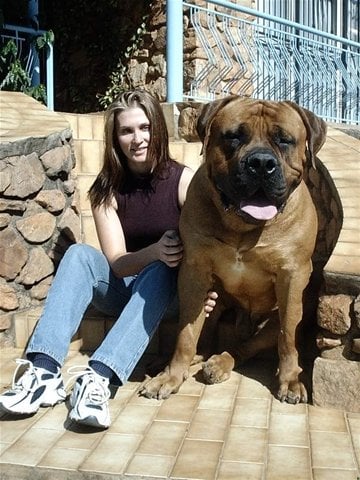 This is a Neapolitan Mastiff. Without any doubt, this is the worst fake World's Largest Dog Photo I have ever seen. While Neapolitan Mastiff is indeed a large breed and can weight over 200 pounds, they don't grow this big... or if they would they could not walk. There were probably two horses in this photo originally! 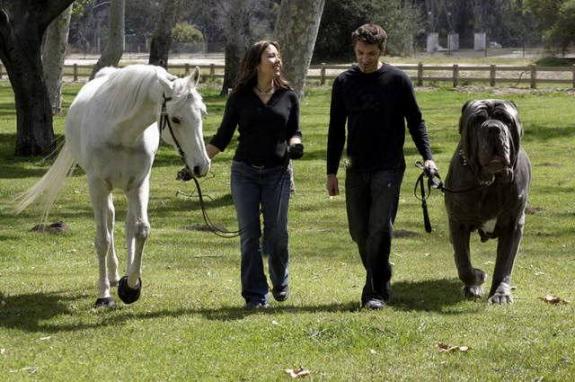 Our next featured Largest Dog in the world is an Irish Wolfhound. Guess what?! I am sure this photo is not fake and shows the actual size of the dog. Although, I must admit that the photographer did a very good job to make it look bigger than it is. There is one thing we cannot be sure about though! Is it really the largest dog in the world??? Hard to tell... probably not but it does look huge! 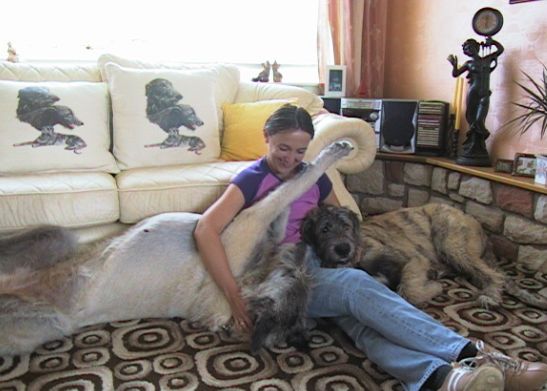 This next  featured largest dog is an Irish Wolfhound again. I have a feeling that this photo is real and the photographer picked a very good angle, which makes the dogs look larger. The dogs are in front of the camera while the little old lady sits on the couch in the background as a comparison. 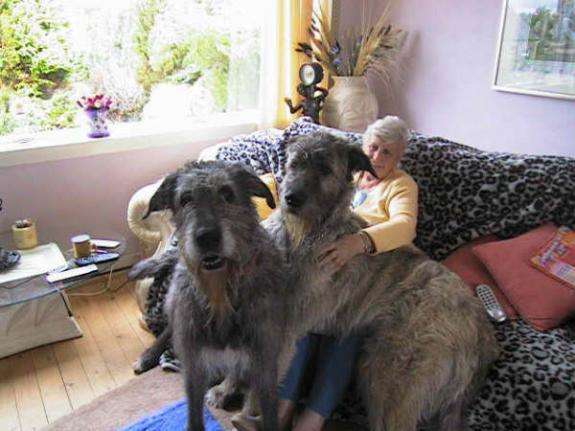 Come on?!!! Is it really a question whether this photo is fake or not?! FAKE Yes, Caucasian Mountain Dogs are big and the size of their heads can be huge. And they can be just as dangerous for intruders as their size suggests. Take my advice and do not ever try to go close to a Caucasian Mountain Dog unless the owner is present.

According to the breed standard they weight 45-72kg. I believe you can easily find CMDs close to 90kg. 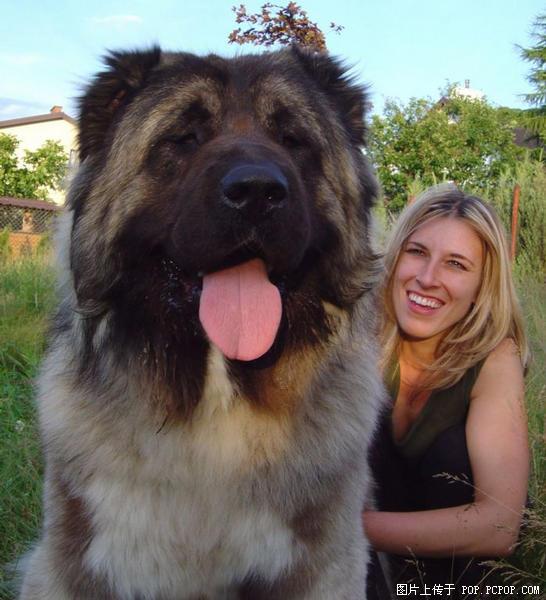 Another Irish Wolfhound. What can I say... they are large dogs and yes, they can be this big. Look at the man leaning forward to support the dog. This photo is real and a nice illustration of how large this breed is. Nice dog! 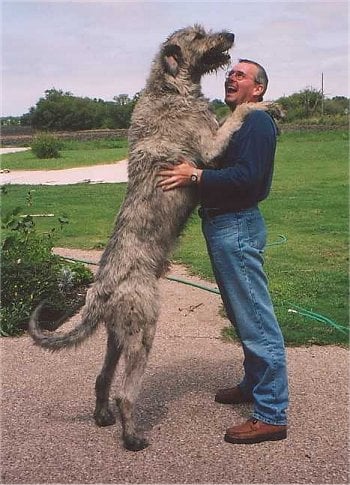 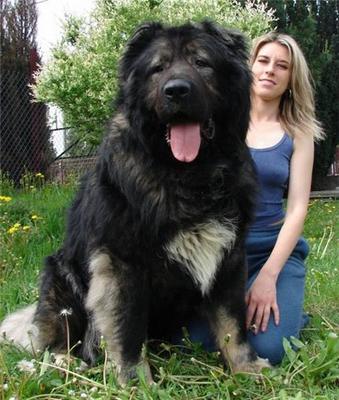 Another Irish Wolfhound. A dog? Is it a dog or a statue? Anyways, I let you decide. I think this photo is very funny. 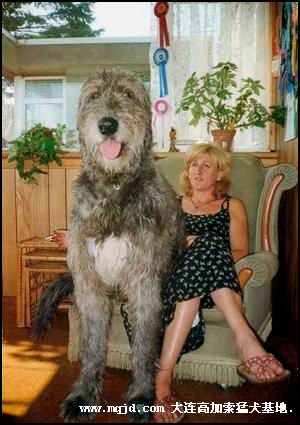 A perfect example of this mammoth-sized breed.... 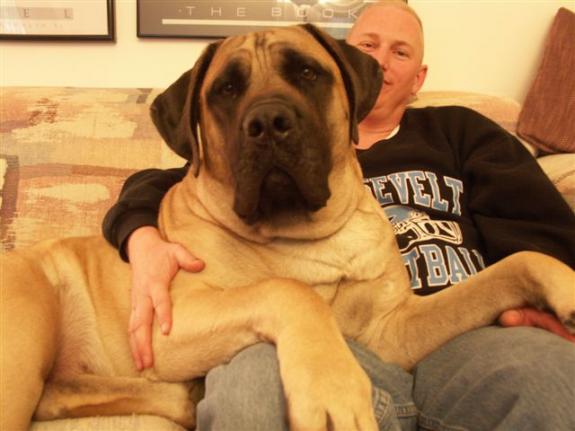