July 12, 2010 by Sandor Fagyal
On 23 June 2007,Elwood, a two-year-old Chinese Crested and Chihuahua mix, was crowned the world's ugliest dog. Elwood, dark coloured and hairless - save for a mohawk-like puff of white fur on his head - is often referred to as Yoda or ET, for his resemblance to those famous science fiction characters. He was placed second last year. Most of the competing canines were also Chinese Crested, a breed that features a mohawk, bug eyes and a long, wagging tongue. Beyond the regal title of ugliest dog, Elwood also earned a $US1000 reward for his owner. 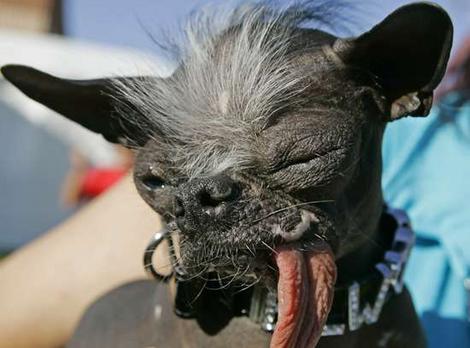 Click here to see a Youtube video of Elwood! However... Had Li'l Sam not gone to Doggy Heaven, surely, the previous three-time world champion, a 14-year-old Chinese Crested would have won again. Li'l Sam passed away shortly after last year's contest. He was 14yrs old ( x7 = 98 human years! ). His appearance created a lot of controversy but he maintained his regular crowd of admirers and haters. In all fairness to Li’l Sam, how do you think you would look when you are 98 years old and naked?? Not any better than this - I'm sure.... R.I.P Li'l Sam. 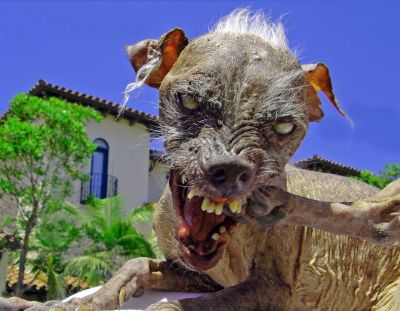