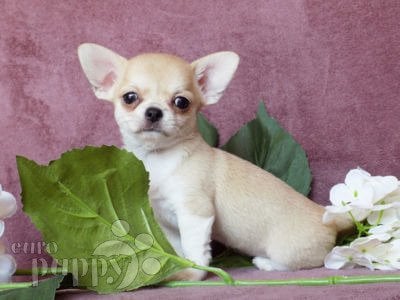 What others say about us...

HI Sandor, These are Bonsai’s pics (we didnt change her name)..she’s the most adorable chihuahua ive ever met. she knows her carry along bag and when you call her she goes inside it, so we all know she wants to come along. she’s very healthy and eats very well, gets along well with maxie…(they both know they’re from HUNGARY.) she’s also a crowd favorite, whenever we’d take her to restaurants or the grocery stores, people always want to talk about […]

Dear Lasheika, Apologies for the delay in getting back to you and thank you for Enzo’s birthday wishes. We remember exactly how he looked like when he first joined our family and he will always be that baby. We’ve had a new addition to our family – our son who’s one year old and Enzo has always been so sweet around him. Here are some new photos of him enjoying some play time and being the poser that he is. […]

Dear Akos and Melinda, Just wanted to give you an update on Peanut, as it’s been a months since I got him. He is such a sweet cuddly puppy and has a very calm character. He’s very quiet and only barks when someone rings the doorbell. We are now on vacation to Egypt. Peanut didn’t enjoy being crated during airport procedures, but behaved very well on the plane, and then on the train. He leaned his toilet place, knows his […]

Hi Steve & Eddy, Merry Christmas to you & to the Euro Puppy team ! Thank you guys for your good service, and a big thank you to Terry who did his job professionally ;) Inch or PACO as I have named him, has safely arrived to Dubai. He is the most adorable & cutest pup I’ve ever laid eyes on. I was so thrilled to see that he was a miniature for real ! Yes….much smaller than I expected […]