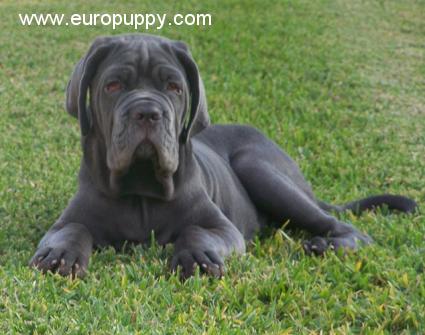 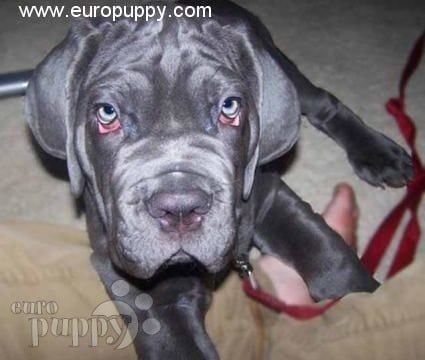 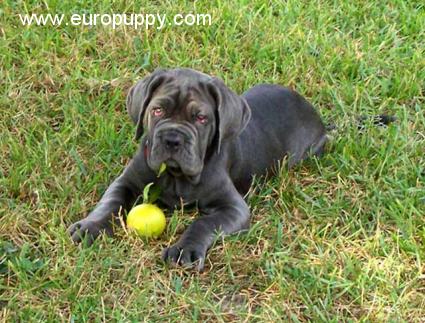 Now that I’ve had my Neapolitan Mastiff puppy for over a month, I wanted to drop you a line to show my appreciation and perhaps share my experience with your future customers.

For many years, I had wanted a Dogue de Bordeaux however my wife wanted a Rottweiler. I had also been familiar with Neapolitan Mastiffs and showed pictures of them to my wife. After she took one look at the Neos, it was all over. She immediately fell in love with the breed.

I then started to research where I might possibly find a good breeder of Neapolitan Mastiffs. This proved to not be the easiest of tasks. I stumbled across the Euro Puppy USA site and this began my relationship with Mario Tabraue. I had sent him an email about our interest in the 3 different breeds of dogs and I heard back from him almost immediately. He was very knowledgeable in the breeds having owned all of them. He explained his experience with all of them and did not try and steer us in one direction or another. He simply explained what he felt were the pros and cons of all 3 dogs and allowed us to make a more informed decision. My wife and I agreed that the Neapolitan sounded like it was the dog for us.

At the time we had decided that we wanted a Neapolitan, there were several of them available for sale at Euro Puppy. Mario answered our questions on each one and provided us with everything we could throw at him. More pictures of the puppies, pictures of sires/dams, pedigree information, you name it. He was very patient and supported us as we tried to decide on just the right puppy for us. We eventually settled on a male puppy that we have now named “Maximus”.

I was very concerned about buying a puppy from overseas. I had never “imported” anything let alone a live animal. I had concerns that perhaps the puppy would not be healthy or that perhaps I wouldn’t even get the same dog that I had selected. I had discussed this with my veterinarian before I bought the dog and he too was somewhat skeptical about buying a puppy “sight unseen”. Mario was very good about explaining everything to me and did a good job of easing my nerves about this. I purchased the dog and then began waiting for him to be shipped to me.

During this time I was a wreck. I had many concerns and questions about what exactly was happening with my dog, the process of shipping him all the way to Florida, things like the dog clearing customs, etc. Mario was there for me every step of the way. No matter how many emails I sent to him or phone calls I made, he was there answering every question and easing every concern. He was very responsive to my multiple emails, often I would write one very late at night and to my amazement, he responded a few minutes later.

Well, the day arrived when our puppy landed safely at the airport. Clearing customs was really no problem at all and everything happened just like Mario had promised it would. The dog I had selected had very distinctive chest markings and sure enough, I had the dog I ordered. He was just as beautiful as he was in the pictures I had seen on the site and had received from Mario.

I scheduled his first vet appointment for 2 days later. My veterinarian told me in advance that he was going to be as critical and thorough as he could in order to protect me. Well, the vet could not find one thing wrong with him. He stated that he was an absolutely gorgeous dog and was a very good representative of his breed. Every vet tech, receptionist, customer had to come in and see the dog. He was a big hit in the office and you made a believer out of my vet.

Thank you so much Euro Puppy USA, especially you Mario, for you have added a wonderful member to our family and I could NOT be more satisfied with my beautiful puppy or with your company. If anyone out there would like to contact me and discuss my experience, please feel free to contact me

I’m on my 3rd crate and I’ve had this dog for about 6
weeks. I finally just bought the biggest one they have. I can get in
the thing. Check out the pics! 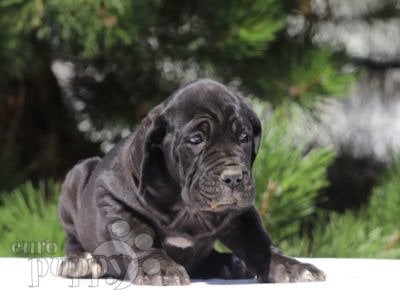 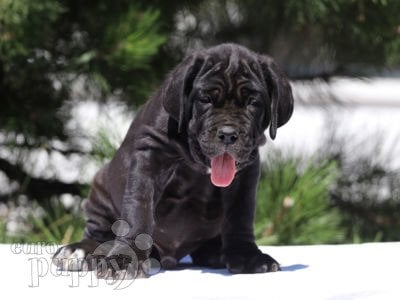 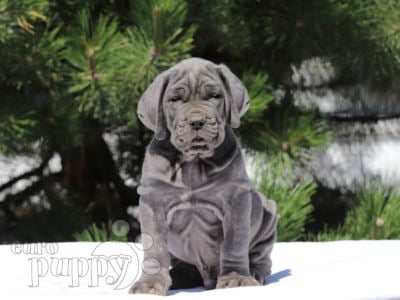 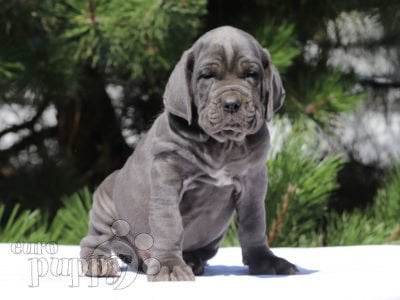 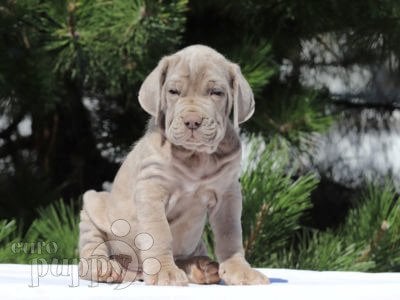 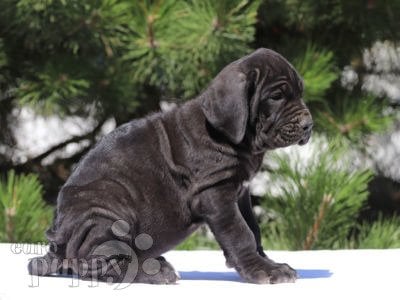 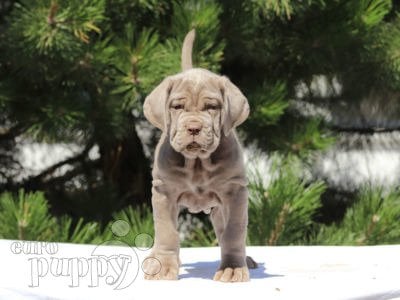 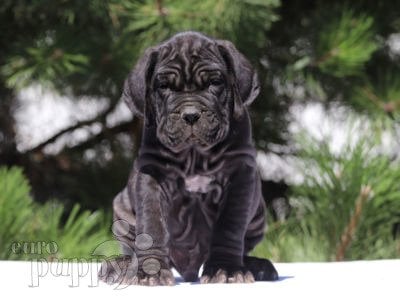