In the previous edition we looked at how to prepare for your dog’s arrival in your house so as to avoid common problems. The fact is, however, you are bound to face some difficulties during your early days with your new puppy. In this last edition, we will look at one of the most common and potentially dangerous issues owners face when introducing a dog to a family – biting.

Serious incidents of dogs biting – or worse attacking – children in the home are rare. Dogs can be aggressive, however, especially in situations where they feel anxious or threatened. The dog’s response in such situations is always the same: it will do one of three things - fight, freeze or flee. In many dogs, the most common reaction is to ‘fight’ and be aggressive. In the vast majority of instances the biting takes the form of snapping or nipping at people, children in particular. This can be very upsetting and endanger the family’s relationship with the dog. Here we look at some of the common causes of biting in dogs, and outline some of the simplest and most reliable ways of avoiding the problem.

As we have explained, dogs react to any situation in which they feel threatened or anxious in one of three ways. They will fight, freeze or take flight. None of these is desirable, in particular the fight instinct. So it’s vital that you don’t do anything that makes your dog feel threatened. Teasing a dog is a common way of making it feel anxious, for instance, so avoid this at all costs. You should also avoid giving your dogs shocks or unnecessary surprises. So, for instance, you should avoid running past your dog or making sudden or dramatic movements around it, especially when it is resting or lying still. It is also not advisable to interfere with dogs while they are sleeping. When they wake up suddenly they will feel disoriented and anxious. Biting is often the result.

Don’t interfere with its meals

Mealtimes are hugely important periods for dogs – and not just because they are hungry. They are also deeply connected to their sense of where they belong in the pack. (This is why you should always eat before your dog and in its presence, so that it knows you are its superior within the domestic pack.) So you must never interfere with or attempt to remove a dog’s food while it is eating. This will almost certainly result in aggression and perhaps a bite. If you have an older dog that has given birth, it is also advisable to stay away when it is feeding its litter. Dogs feel very protective of their litters, for obvious reasons. So it is a very bad idea indeed to try to interfere with an older, female dog while it is feeding a litter.

Dogs relate their position in relation to other members of their household with power. So if you place yourself in a position physically below a dog it can misinterpret this as you being inferior or subordinate to it. This can lead to aggression. The most common instance of this is when a child lies on a floor with its face close to a dog’s face. This can easily result in the dog trying to assert its perceived authority over the child and, if the child reacts wrongly to this, in a bite or a nip. This is one of the most common causes of bites to children and must be avoided at all costs.

For the reasons outlined above, dogs regard little babies as subordinate to them. They are also threatened and become anxious by the noises and cries they make. Think about it, they don’t behave in the same way as the other adults or children in the household. They don’t walk, they don’t talk, and they spend a lot of their time screaming and crying! Wouldn’t you feel anxious and even aggressive towards a strange creature in those circumstances?

Don’t invade your dog’s space when it is anxious

If a dog has become frightened and opted to remove itself from a situation, then you must leave it alone. Chasing after a dog or trying to placate it when it has taken flight is not a good idea. People will, for instance, try to pull a dog from under a bed or the furniture when it is anxious or uncomfortable. This will almost inevitably result in it biting or being aggressive. Leave the dog alone while it calms down and deals with its anxieties in peace.

During its first days away from its litter, your new puppy is getting used to a very different world to the one in which it has spent the first two months or so of its life. It is a big adjustment to make. It is meeting a range of new people and perhaps other animals. It is no surprise that it displays anxiety and – at times – aggression. However, the sooner it gets used to meeting a variety of people, dogs and other animals the better. The best way to do this is to slowly introduce it to more people. During its first days, confine its circle to family members and other pets in the house. But after a while invite friends and family around to meet the dog. Later on introduce the dog to other dogs in its neighbourhood, always being careful to maintain close control of your dog when doing so. The more it socializes, the more comfortable it will be in meeting people.

The best way to ensure your dog doesn’t bite or display aggressive behaviour towards your children or other people is to train it. The better trained it is the more command you have over its behaviour. You will be able to get it to sit, stay, come and perform other functions at your command. This will help you enormously in situations where a dog feels anxious and may be liable to bite or be aggressive.

Just like humans, dogs feel vulnerable and can be anxious when they feel ill. If your dog is carrying a wound or has a sore part of its anatomy, for instance, it will not take kindly to people poking and prodding it. So the best way to avoid this situation is to monitor its health and to make sure it has all the right vaccinations and treatments it needs from the vet.

This is a controversial area, but there is some strong scientific evidence to suggest that dogs that have been neutered are less aggressive. This is something you need to think about carefully. Consult your vet if you are unsure about this. He or she should give you the advice you need to make the right decision. However, if you are certain that you don't want puppies from your dog, both your family and your dog are probably better off if it is neutered. The most obvious benefits are decreased tendency to wander away and to be aggressive, but most of all neutering is the only fool proof way of avoiding unwanted litters.

Always stay calm if a dog is aggressive

If a dog threatens you, remain calm. Avoid eye contact and stand still. If the dog is rearing up at you or jumping up, try to back out of the situation slowly. In the unlikely event that you are knocked over by a dog, lie down curl into a ball and protect your face with your arms and fists.

If you are bitten – see a doctor

Finally, if you are bitten by a dog, find out immediately whether it has received all its necessary vaccinations. In particular, ask for proof of rabies vaccinations if you live in a country where rabies is an issue. Consult your doctor if you have any concerns. Even if you don’t have any concerns about the dog, make sure you clean and protect any wounds you receive with hot water and soap. Carefully monitor the wound for a few days afterwards as well.

In general, dogs are docile, friendly and loving creatures. They usually don’t bite humans, unless they have a very good reason for doing so. By following the above advice, you should ensure that you don’t give your dog a reason to be aggressive towards you or your children. Instead you should develop a warm and loving bond between you and your best animal friend.

Thank you for reading

Thank you for reading this edition of our newsletter series. We hope this information took you one step closer to making a good decision. If you need a bit more time to think, wait for next week's edition, which will discuss why having a dog in the family is so good: how dogs can teach your children responsibility.

If you'd rather have the contents of the series in a single downloadable ebook format, you can get it here.

If you are ready for that special puppy, visit our puppies for sale. 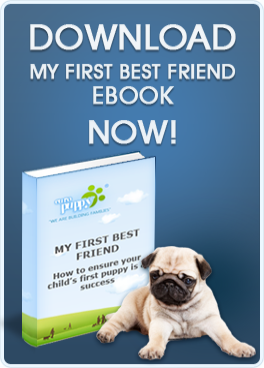 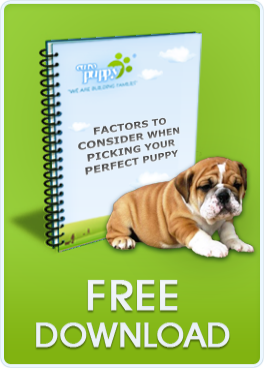 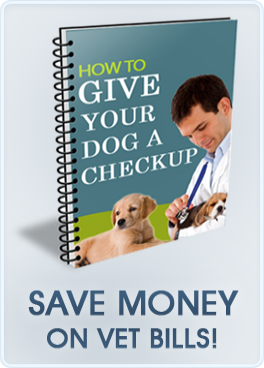