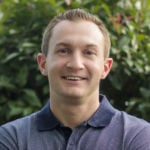 … or send us a message below

Euro Puppy Goes Above and Beyond to Protect their Customers

Euro Puppy expand upon their 10 year Guarantee by offering their customers extra financial protection with their new Shipping Protection service.

Yet another innovative mobile app from Euro Puppy

The company manages to grow in 2011, despite the continuing global economic turmoil

With this simple, yet pioneering innovation, Euro Puppy transforms the process of finding the perfect puppy

Euro Puppy has been serving dog lovers all around the world for 10 years.

Euro Puppy makes its expertise available to the general public

A brand new look and tons of useful features

The company gives its customers and fans new platforms for sharing and interaction.

This is No African Dream