What is a Hairless Dog?

For years, scientists have believed that the hairless dog breeds originate from Africa and Asia. However there is not much evidence to back up this theory. One theory states that the Chinese Crested – one of the better known of the hairless breeds- originated in Africa and then moved onto Asia.

So how did most of the hairless breeds end up in Latin America? Well scientists believe that all the hairless breeds in Latin America are descendants of the Chinese Crested that were brought to the continent in pre-Columbian times. Their popularity rose, as the Inca’s found that the naked, furless bodies were good for rheumatoid complaints. Much like a hot-water bottle!

The hairlessness is due to a dominant gene. It is enough to have even one such gene to be totally naked!! Thus this trait is hard to outwit with human intervention, since it is enough for a dog to pass on only one gene, for the offspring to be hairless. It becomes easier to understand how these breeds can develop in distant areas of Africa, Asia and Latin America under these circumstances.

There is only one hairless breed that needs two genes for hairlessness to occur. That is the American Hairless Terrier. 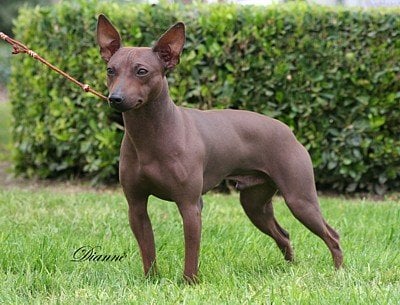 The American Hairless Terrier
Another interesting fact is that not all hairless dogs are actually hairless, in fact some have hair over most of their coat!
While the gene causing hairlessness is dominant, it is incomplete, and can change during pregnancy, so breeds like the Chinese Crested can be completely bald, partly bald, or furry. The furry ones being called powderpuff Chinese Crested. 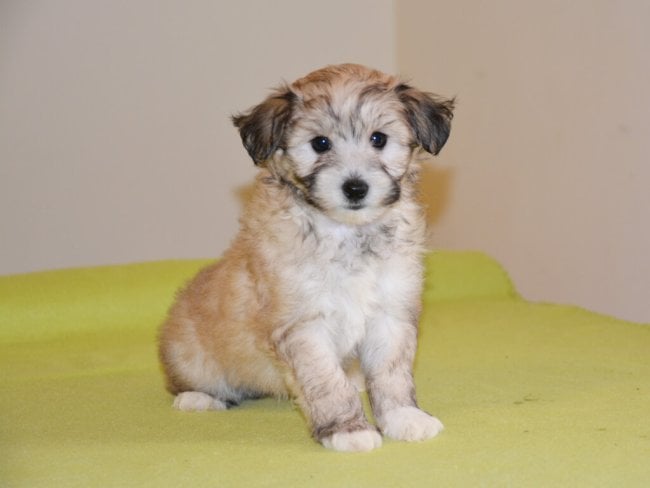 So what are the other 8 Hairless Dogs?

Well…the most well-known is the Chinese Crested. This dog includes two varieties; namely the totally naked one and the one with a bit of fur, which is called a “Powder Puff”. They are hairless except for the tufts of hair on the head (crest), feet (socks ) and tail (plume).

The “Manchurian Candidate” of the hairless breed is called the Manchurian Hairless and it is a cousin of the Chinese Crested…from the Northern Regions of China.

The Hairless Khala is a Bolivian dog whose name means: “Without Clothes”. The Peruvian Inca Orchid, which is also called the Moonflower dog, the Inca Moonflower Dog or the Inca Orchid dog was bred for nutritional purposes for the Ancient Peruvians. (Yes...well...quite sad, isn't it?)

The Peruvian Hairless is considered to be the same dog breed as the Peruvian Inca Orchid except its skin is much darker.

The Ecuadorian Hairless dog is the rarest of all the hairless breeds and also the most naked. It has long legs and a golden skinned body.

The African Hairless Dog is the only hairless dog breed to come from Africa.

Last but not least, the two strangest dogs are showcased. If you can pronounce their names, I take my hat off to you. The one is the: Xoloitzcuintle (a.k.a Mexican Hairless) and the Tepeitzcuintli. The Xoloitzcuintle is pronounced: sholo-its-quintli and means “Slave”. It is often nicknamed Xolo, for convenience. The Tepeitzcuintli is the same dog as the Xolo, but the miniature version. The Xolo comes in 3 sizes. Namely: Standard, Mini and Toy.

Whatever your views on these rare and hairless dogs, you can’t deny that they are unique. They stand out like no other, and they have a truly devoted following of committed lovers. Euro Puppy is proud to be able to offer Chinese Crested Puppies at times. On top of it all, they are odourless, flea-less and ideal for allergy sufferers since they are hypoallergenic as well. True wonders of nature, they are!