Understanding and Managing Aggression in Dogs

Nearly every dog owner has faced a situation involving an aggressive dog, either their own or someone else’s. It has been treated as fact that some dogs and some breeds are just born aggressive and there is little that can be done. But it’s time to debunk that myth.

Understanding your dog, seeing the signs of when and why they are becoming aggressive and acting to prevent and stop this is important for the safety of all dogs and people!

What IS aggression in dogs?

Aggression isn’t just tearing into a person or another dog, there are many ways a dog demonstrates aggression and NONE of them are acceptable, and should not be allowed to continue, such as:

• Lunging forward or charging at the person

• “Muzzle punch” (the dog literally punches with their nose)

• Snarl (a combination of growling and showing teeth)

Any of these actions can escalate to even worse, so if you believed these were normal dog behaviours, thing again, it is time to act. Any of these can lead to much worse, such as:

• Quick bite that breaks the skin

• Biting with enough pressure to cause a bruise

Knowing your dog is being aggressive is all well and good, but you cannot do anything about it until you understand WHEN and WHY this is happening.

Common Causes of a Combative Canine 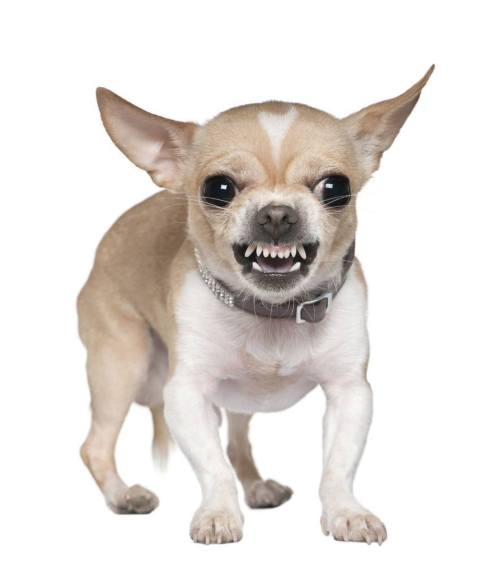 It is all down to the breed right?

Some dog breeds are just prone to being aggressive, while others aren’t. WRONG.

Aggression is not connected to the breed, a Golden Retriever is just as likely to be aggressive as a Great Dane. Dogs are not by their nature aggressive.

No dog is born to be combative, it is down to training, socialization and lifestyle, and something has to happen to cause a dog to attack.

Size doesn’t determine aggression either, people might fear aggression in bigger dogs more, after all they can do more damage, but a Chihuahua is just as likely to be combative and cause problems as a much bigger breed.

This is probably the most common reason for aggression in canines.

When dogs are afraid of something, they want to get away from that thing. This is called the flight response.

But if escaping isn’t an option, most dogs will switch to a fight response. They will try to defend themselves from the scary thing, they don’t even want to get aggressive, they just feel that they are backed into a corner.

Fear based aggression is often due to poor, or non-existent socialization in early life, which results in the dog being afraid of strange places, people or animals.

Dogs who display this type of aggression feel that they are in charge. The growling, snapping, or biting occurs when they feel their dominance is being challenged.

This is usually due to poor training, where the head of the household has not established themselves as the dog’s ‘pack leader’.

One again this is where effective and consistent training is key. It will effect not only a dogs behaviour, but also their relationship with you.

This occurs when a dog is frustrated at not being able to get to something, or has pent up energy, and then takes their frustration out in another way.

An example of this is a dog who is tied in the yard or isn’t getting enough exercise.

In most cases only a dog that is not been looked after properly, or was mistreated by a previous owner, would act out in aggression due to frustration. 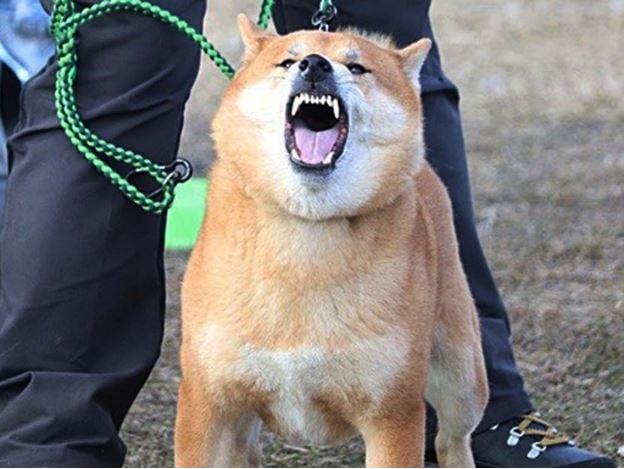 Possession aggression occurs when a dog gets possessive of food, or a toy, a bed, your garden, or some other object.

A dog who exhibits possession aggression may growl if someone approaches his food bowl or goes near it when it is chewing a favourite toy. The dog might bite a stranger who steps into your home.

This is connected to dogs that think they are dominant.

It is important that a dog is trained to accept that people can touch their stuff. But it is also important to make sure your dog has their own space, like their bed or crate, which shouldn’t be invaded when the dog is there.

We know how much dogs can love their families, and this can lead to extreme behaviour if the dog believes that they are in danger.

While this behaviour may sound positive, problems can arise when the protective dog starts to believe everyone outside the family, including friends and relatives, are threats to their safety.

You must first understand why your dog is being aggressive before you can work to stop this, these are just a few of the most common reasons.

You can only find out which it is by monitoring when your dog is having these combative outbursts and what has just occurred to cause it.

Aggression follows a simple process. First something TRIGGERS your dog, which leads to the aggressive BEHAVIOUR and results in an unfortunate or dangerous CONSEQUENCE.

It can really help you to notice what is triggering your dog’s aggression if you are able to understand your dog’s body language.

This is something that not many dog owners are great at.

We now know that fear or stress often leads to aggression, and a dog who is frightened or feeling submissive will probably have their mouth closed. Their lips might be pulled back slightly at the corners. They might then flick their tongue in and out and lick their lips or nose.

When a dog begins to feel aggressive they will raise their ears up and forward, and then appear to make themselves larger to appear more intimidating.

If these warning signs happen and you do not intervene, then your dog can move very rapidly to attack or defend aggressively.

As has been mentioned previously, dogs are not naturally aggressive animals, and as such it is possible, with time and effort, to lessen and even remove their aggressive tendencies.

The Road to a Mellow Dog 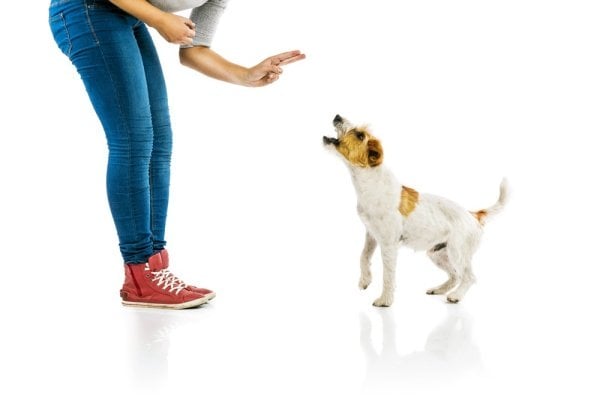 There is no quick fix for aggressive behavior.

This is especially true as most dogs that are combative tend to have had little training, thus making sessions with a professional behavioural expert even more difficult.

Determination and persistence is needed. But please remember that your dog doesn’t want to be aggressive.

At first you should also limit your dog’s exposure to whatever is causing the aggression, this is for the safety of others, and also for the benefit of your dog and its stress levels.

It is important to keep things positive.

Punishing your dog for aggressive behavior doesn’t usually work, and can even make the situation worse.

If you respond to a growling dog by smacking or shouting, your dog may feel the need to defend itself by biting. Any plan to counter aggressive behaviour will usually involve positive reinforcement...

For example if your dog is afraid and acting aggressively to strangers start off by standing far away from someone your dog does not know. Then if the dog remains calm you can give it praise and treats.

Gradually decrease the distance between your dog and strangers, and continue the process. Your dog will begin to learn that strangers equal treats, and hopefully lead to a decrease in aggression. This same gradual process can be applied to most other forms of aggression.

In extreme cases there are dog training camps out there.

The benefit of sending a dog to a professional camp, is that they are in expert hands. Trained professional can ensure that all the steps taken for your dog are helpful.

But for most people these places are only a last resort.

Having a dog that is combative is one of the most difficult aspects of dog ownership, and these dogs are widely stigmatized, yet sadly it is not even the dog’s fault.

DOGS ARE NOT BY THEIR NATURE AGGRESSIVE, it happens purely down to circumstances, often beyond the owner’s control. But often due to a mistake caused by the current, or previous, owner.

However these problems can be remedied. If you know the signs that your dog is getting aggressive, understand why it is happening, and take a determined approach to positive training, then you should have a much calmer and happier dog in the future.