Dogs have been beloved animals and friends of humans throughout history, and this age-old relationship between man and dog has led some amazing stories and interesting dog facts to emerge. At different points in time, dogs have been warriors, gods and even werewolves! Here are just 7 of the many interesting dog facts that will truly blow your mind and make you think twice about man’s best friend.

1. Dogs’ ancestors can be traced back 40 MILLION years

All dogs can be traced back 40 million years ago to a weasel-like animal called the Miacis, which dwelled in trees and dens. The Miacis later evolved into the Tomarctus, a direct forbear of the genus Canis, which includes the wolf and jackal as well as the dog. Domesticated dogs likely surfaced around 30000 years ago, as a domesticated form of the Grey Wolf.

The idea of domesticating wolves was a widespread one, as wolves were domesticated across Europe and Asia during this period. Wolf cubs taken from their families are easy to domesticate and can become social creatures, but it was only after thousands of years of wolf domestication that dogs began to specialise and separate into the species and breeds we know today. 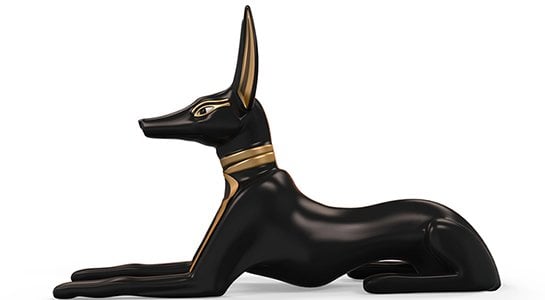 2. The Ancient Egyptians loved dogs as well as cats

When a pet dog would die, the owners shaved off their eyebrows, smeared mud in their hair, and mourned aloud for days. Dogs can often be found in Ancient Egyptian burial chambers, mummified along with their family members so that they could be taken into the afterlife.

3. Dogs were warriors in the Middle Ages

During the Middle Ages, Great Danes and Mastiffs were sometimes suited with armor and spiked collars to enter a battle or to defend supply caravans. Dogs were also used to sniff out enemy positions and to guard prisoners of war. Dogs have often been trained for multiple uses in wartime, which continues to this day with dogs that work to sniff out bombs and enemy combatants. Some dogs have even been awards medals of honor for their bravery and service.

Pekingese and Japanese Chins were so important in the ancient East Asia that they had their own servants and were carried around trade routes as gifts for kings and emperors. Pekingese were even worshipped in the temples of China for centuries. Dogs are still seen in East Asia, particularly Japan, as symbols of prosperity. 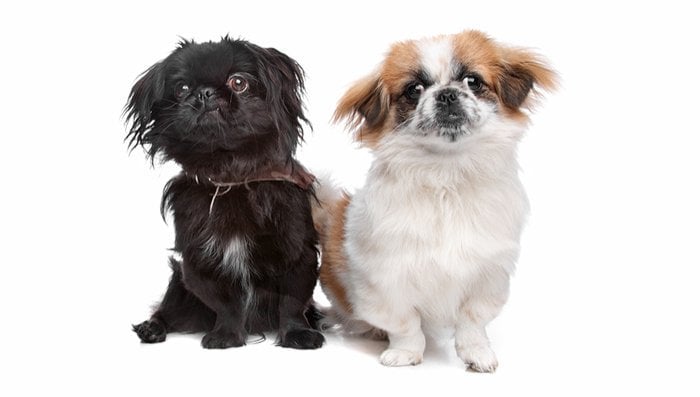 5. Abandoned dogs gave rise to the legend of Werewolves

The Ancient Romans too were fond of dogs, but many were abandoned after the fall of Rome. Human survival often became more important than breeding and training dogs, and many dogs were abandoned to the streets. Some anthropologists think that this may be the source of legends of werewolves, as dogs abandoned by Romans became feral once more and commonly roamed streets and terrified villagers.

Perhaps one of the most interesting dog facts is that the obsession of purebred dogs has its roots in historical class relations. During the Middle Ages, the mixed breed dogs that belonged to peasants were required to wear blocks around their necks to keep them from breeding with noble hunting dogs. Purebred dogs were very expensive, as their hunting finesse was valued greatly by the rich and powerful. It was in this way that hunting became the province of the rich.

7. Dogs were beloved in Ancient Greece

The Ancient Greeks probably picked up on the Egyptian’s love of dogs, and dog iconography was common in Ancient Greek culture. Dogs were often depicted as companions of the gods, especially of hunter gods and goddesses like Artemis. Dogs have a special place in Ancient Greek literature too: in the famous story of Odysseus from the Odyssey, only Odysseus beloved dog Argos recognizes him when he returns from being away for twenty years. Even famed philosopher Plato was fond of dogs, nothing that ”a dog has the soul of a philosopher”.