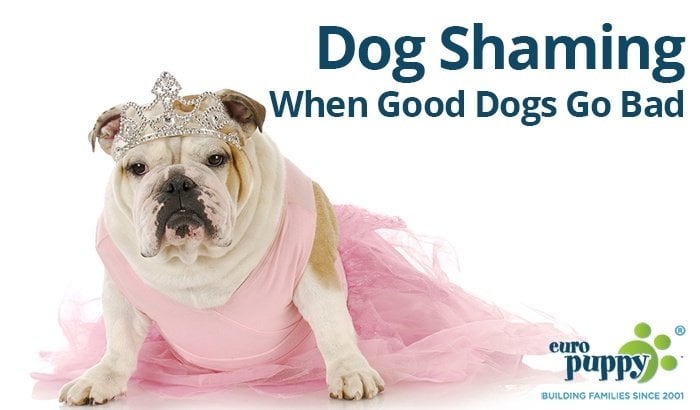 In some cases, judges have been known to resort to shaming as a form of punishment rather than jail time or community service. This means that the guilty individual has to stand outside holding a sign that explains to pedestrians and passing motorists their wrongdoing.

Some parents are now also doing the same when their children misbehave.

﻿In fact, even pet owners are resorting to dog shaming by posting pics online of their dog along with a sign explaining their naughty behavior.﻿

Of course, dogs don't understand the meaning of being shamed, and the shaming is really for the owner's own amusement and creating a social media dialogue.

﻿The Culture of Dog Shaming﻿

Shaming a dog has actually become a trend and has been used as a theme on various social media platforms. Some contain pics of the dog sitting next to the sign or having the sign around its neck.

If the dog chewed up a particular piece of item, then that item may also be included in the image. In some instances, the owner may include a lengthy post explaining the circumstances that led to their dog being shamed.

﻿﻿Here are a few of the instances of dogs being put on the spotlight:﻿﻿ 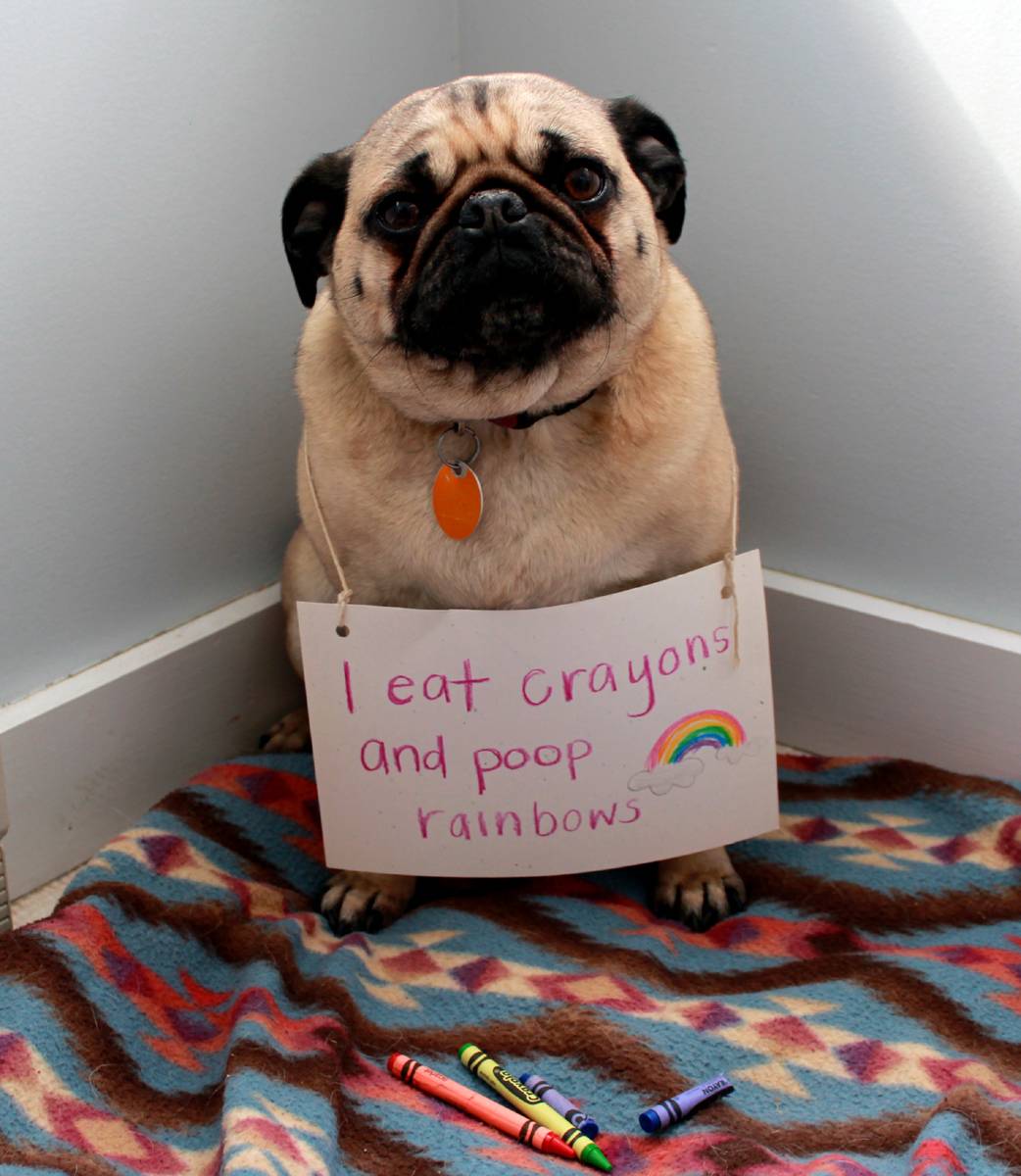 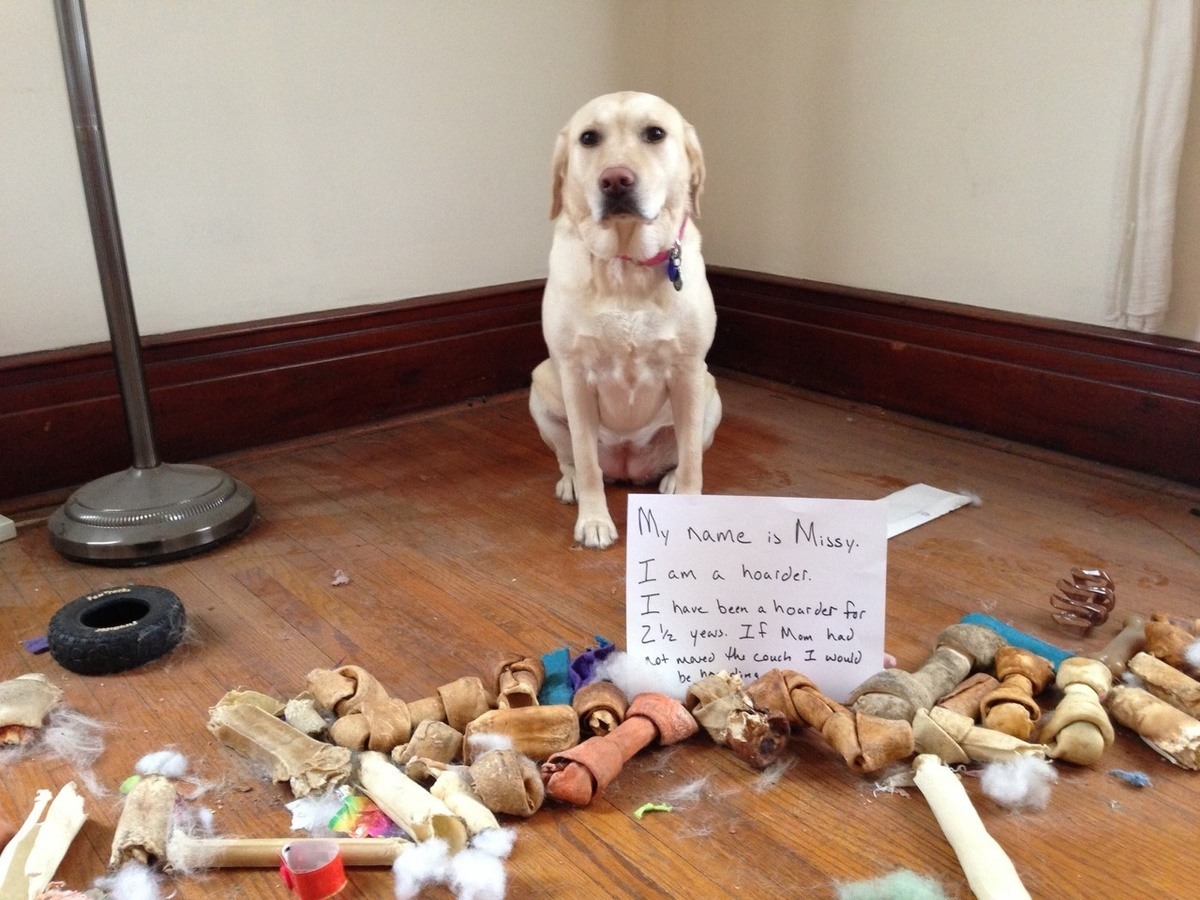 "One of the worst cases I've ever seen" 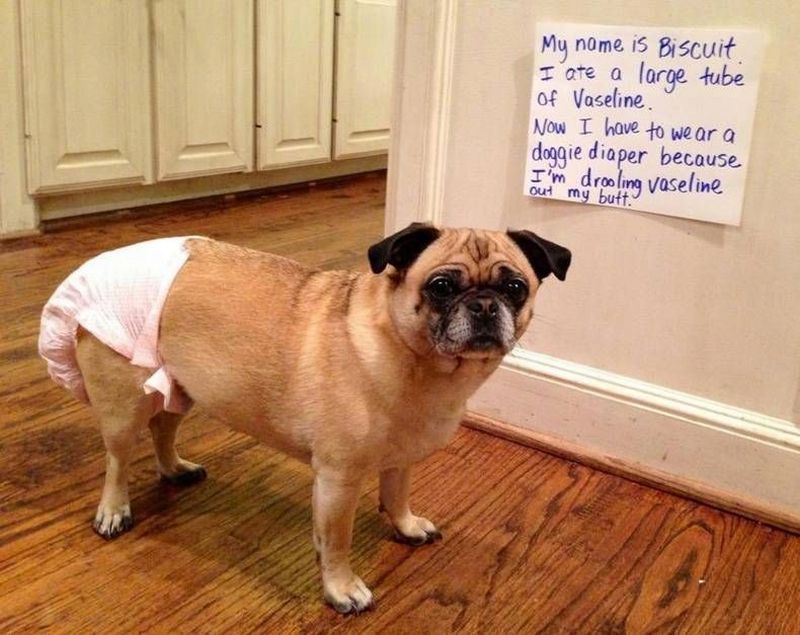 The trend has become so popular that there are even entire websites devoted to dog shaming and allow owners to share with the rest of the world their dog’s naughty behavior.

The term even has its own description on Wikipedia. Several celebrities have even joined in on the meme with their own pics.

Here is one from American television personality Lauren Conrad after her pup used her shoe as a chew toy: 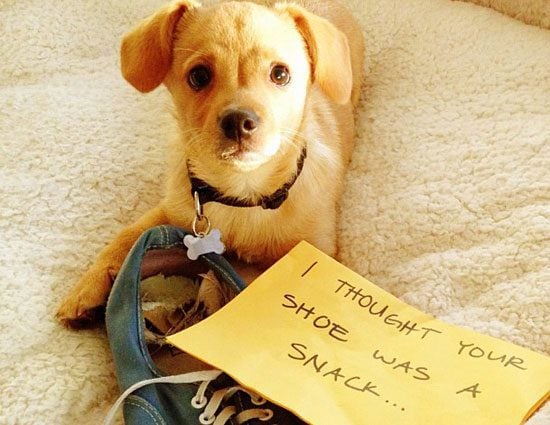 "Thought your shoe was a snack…"

Here’s one posted by actor Wil Wheaton shaming his dog Marlowe by including a list of naughty behaviors: 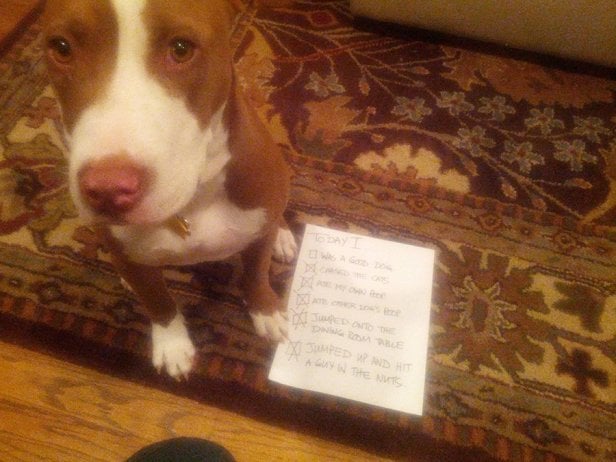 ﻿﻿"I love my adorable puppy, but boy was she an asshole today..."

Animal shaming as a whole has been taken to a whole new level. There is now also cat shaming as well as shaming of smaller pets or farm animals like a bird, hamster, horse, pig, hedgehog, and even a goldfish.

When to Shame Your Dog

As the owner, it is up to you what kind of behavior constitutes shame-worthy punishment.

The most common bad behaviors include damaging a household item or relieving itself indoors. However, shaming for those actions have already been posted a thousand times over.

Some owners are now punishing their dogs for naughty behavior that’s a bit more on the “colorful” side for the lack of a better term. Some of these include:

You can’t exactly say that dogs shamed are dogs that learned their lesson since they have no concept of shaming. For the owner, though, it presents a fun way of sharing with the world the trials and tribulations of dog rearing.

If you’re a dog owner, give it a try the next time your canine acts out; the post just might go viral and create buzzworthy attention.