How Smart is Your Dog? 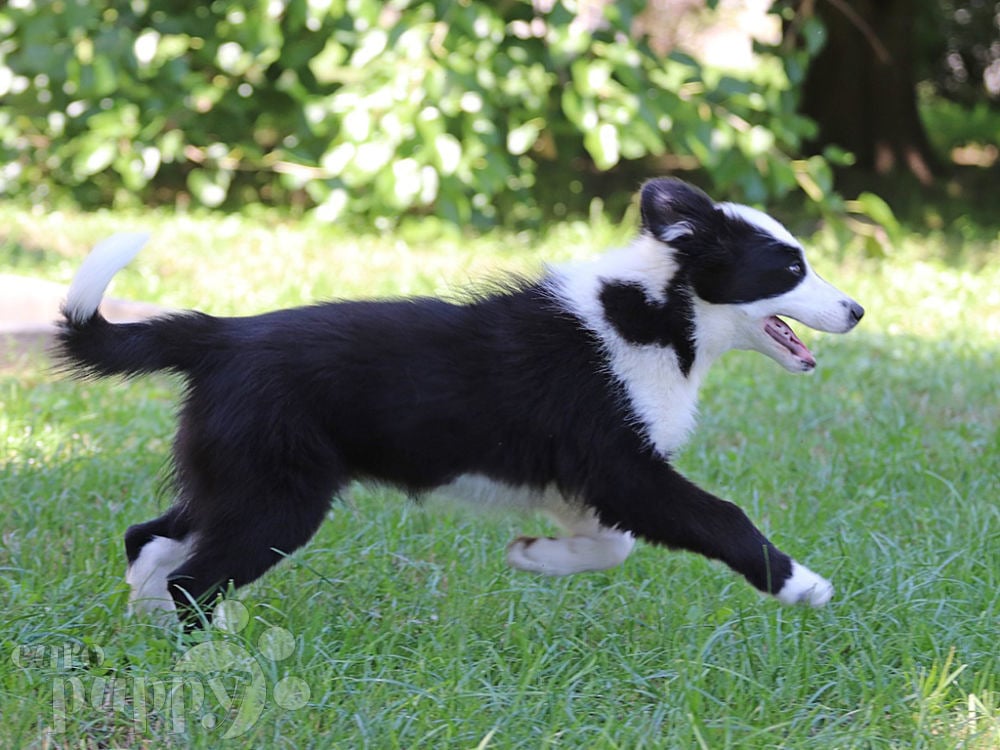 Measuring a dog's intelligence was something that people have strived to achieve for hundreds, if not thousands, of years.

Virtually ever since we have domesticated wolves, questions about the extent of their intelligence have entered the minds of humans, and we still try to answer them today.

Of course, with all the scientific progress we've made and the technological advances that have allowed us to peek into the minds of animals, humanity now has the right set of tools needed to tackle this problem head-on.

While the majority of scientists agree that canine intelligence doesn't really depend on their breeds, the way we raise and train our dogs, the food we feed them, and the environments we subject them to can all influence a dog's reasoning abilities.

It shouldn't come as a surprise, too. After all, it's common knowledge that malnourished children without the correct brain stimuli to grow their cognitive abilities will probably fail to achieve their full potential, especially compared to those who've been well-fed and taken care of during their formative years. 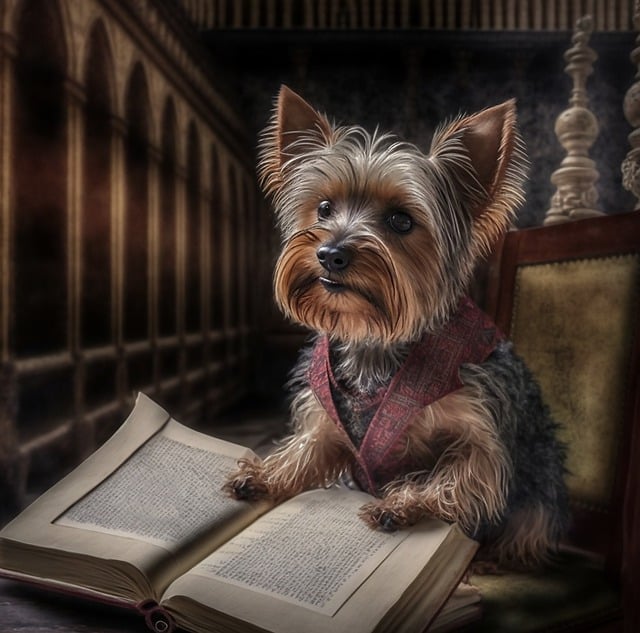 Okay, so we've established that they are smart, but how smart are dogs, exactly?

Is there are a way to make your dog smarter? Are big smart dogs smarter than small smart dogs? In what ways to they exhibit their intelligence?

If you've been spending a lot of time with your dog recently and started wondering about these very questions, you're not the only one. Thankfully, a lot of research has been done on the subject, and the findings are fascinating, to say the least.

Dogs are as bright as two-year-old children, at least when it comes to working out how to solve a simple puzzle. That’s the fascinating conclusion of a study done by a team of Hungarian researchers.

The team conducted a test in which a treat was hidden in a brown plastic flower pot. To help them find the treats, a group of 15 dogs (mostly around five years of age) and 24 children (13 two-year-olds and 11 three-year-olds) were given various physical signals by the researchers. When they were shown pointed fingers, arms, legs, and elbows, both dogs and the children spotted where the treats were hidden.

Interestingly enough, some of the more subtle clues were only understood by the three-year-old children. “Because of their evolutionary and developmental history, dogs are sensitive to human signals,” said Gabriella Lakatos, lead author of the study and a research assistant in the department of ethology at Eotvos Lorand University in Budapest. 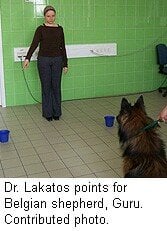 There were two other intriguing conclusions. Firstly, the dog’s ancient ancestor, the wolf, didn’t respond in the same way when tested and ignored all signals. Secondly, dogs get better at following and obeying the signals as they get older, which contrasts with children, especially when they reach their teenage years. Then they either ignore or do the opposite of what they are being told to do!

The Hungarian researchers' findings are also confirmed by a world-renowned dog researcher and psychologist, Stanley Coren.

He estimates the average dog's intelligence to be roughly the same as that of a 2.5-year-old child. Coren's work has been groundbreaking in the area of figuring out how smart dogs are and developing intelligence tests for canines, mainly because he was able to classify our pets' intelligence into three categories: 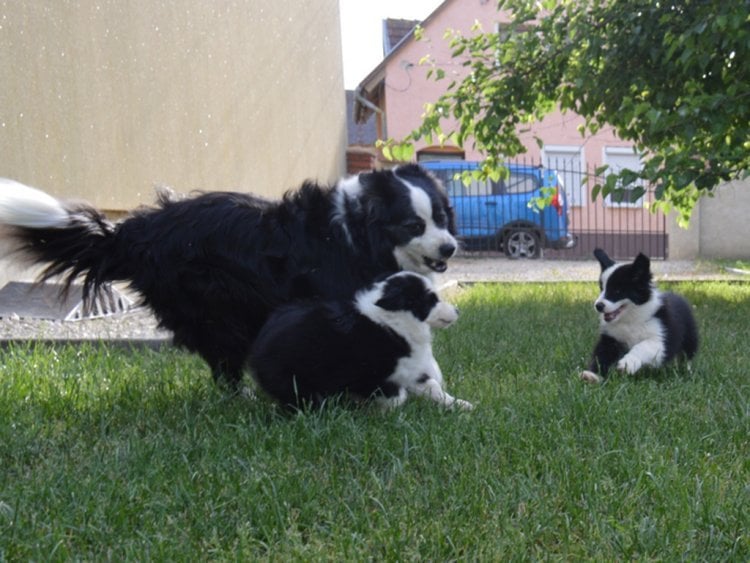 When it comes to comparing them to the rest of the animal kingdom, it is safe to conclude that dogs are, indeed, pretty darn smart.

They can solve problems, follow instructions, and, due to the tens of thousands of years of domestication, evolution has equipped them with a natural ability to interact with and befriend human beings.

However, are they capable of understanding language?

Is it possible that when your pup watches you speak, it can actually figure out what you're saying? The answer is: yes and no.

First of all, while it is, in fact true, that dogs can learn and understand some words spoken by humans, they can't possibly learn entire languages or even enough words to be able to understand even the simplest of conversations. This doesn't mean they are entirely oblivious to what we're saying, though.

According to the already-mentioned researcher Stanley Coren, the vast majority of dogs can learn around 150-160 words throughout their lifetimes, whereas the most intelligent dogs can comprehend up to 250 words. It's not bad for a dog, but don't expect to have a conversation with your canine best friend any time soon!

Watch What You Say Around Your Smart Dog!

Okay, but how exactly do we know that a dog understands particular words, rather than simply the tone of our speech or the gesture associated with a command?

After all, whenever we witness a dog "understanding" anything we're saying, it usually comes with an inseparable gesture or tone of voice, so most people just assume that this is what the dog is understanding. For example, when your dog makes a huge mess, and you yell "bad dog!" at them, it's never said with the same tone as "who's a good boy?" in moments when you're simply excited to see them. 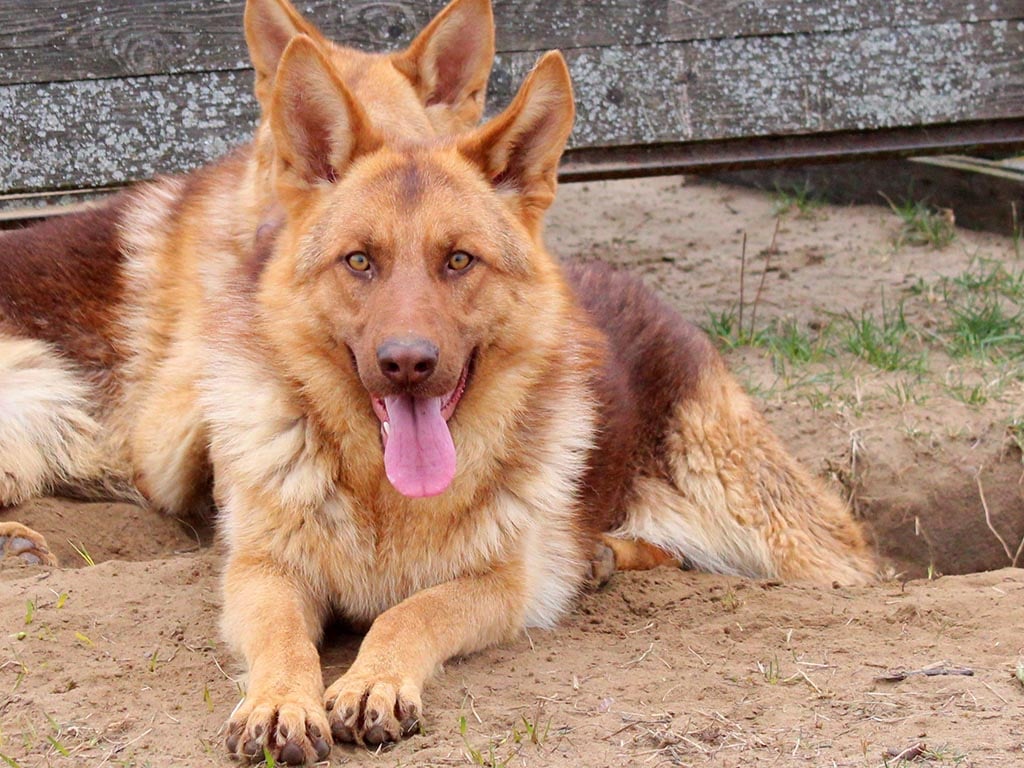 The Language vs. Tone Experiment

In late 2014, Victoria Ratcliffe from the University of Sussex has set out to find out the truth about dogs and their language skills once and for all. She has done so by carrying out a series of very simple, standard tests with a wide variety of dogs, and the results have confirmed the hypothesis that dogs can, indeed, understand simple words.

Her idea was that while dogs can interpret tone as well, they have language interpretation skills, too.

Dr. Ratcliffe hypothesized that just like in the case of humans, the left hemisphere was responsible for understanding language, whereas the right one had the capacity of processing tone and emotion.

The researchers placed speakers around the dogs' and proceeded to play different sounds. Sometimes they were plain English words they knew the pups were familiar with, whereas, at other times, they played distorted sounds or words in another language.

Don't believe us? Thanks to the simplicity of the experiment, you can test your dog's ability to understand language with the help of a simple Bluetooth speaker. Don't forget to give your pup a big treat for completing the experiment!

Every Dog Is an Intelligent Dog

The Border Collie, the Mudi, the German Shepherd....

While scientists and dog enthusiasts can argue about the smartest dog breeds and try to figure out the ultimate dog intelligence test all they want, the truth is that dogs are amongst some of the most intelligent animals out there.

When assessing the intelligence of canines, or any other animals, for that matter, it's important not to interpret their actions through a lens of what it means to be smart as a human being.

A really smart dog will be capable of doing what most dogs can, as well, but exceptionally better. There are limits to dogs' intelligence, and it's totally unreasonable to liken your pet's intelligence to an adult human being (even a really dumb one).

So, how smart is your dog?

As you already know, the concept of canine intelligence can be broken down into three categories: instinctive, adaptive, and obedience.

While the instinctive kind does depend on your dog's breed, it is only a fraction of what your dog's IQ can be.

Adaptive and obedience intelligence skills can be taught, and if you take good care of your barking friend from a young age, you can be sure that he'll pass every dog IQ test with flying colors.

Visit Euro Puppy to find the cutest puppies of the smartest dog breeds, as well as tips and information regarding a proper dog's upbringing to help him realize their full potential.