So, just what is a Miniature Bulldog?

As there is often a grey area here, it’s important you know that there are Miniature Bulldogs, and then there are Mini English Bulldogs. These types should not be confused with each other! The former being a cross/mix breed (Bulldog with Pug, Boston Terrier or/and French Bulldog) and the latter being a pure-bred English Bulldog, but just smaller in size. As you can see here, the big difference here lies in the keyword, English.

Mini or Miniature Bulldog crosses are usually 3-4 generations removed. This is to fine tune the trademark look of the Bulldog but in a more compact size. This variety is not yet recognised by any major association or kennel club such as FCI or AKC. This type is most often the shortest in the body and the more sporty, and active rather than being a couch potato. Obviously the more squat, rambunctious Pug and Frenchie are showing their influence here.

Mini or Miniature English Bulldogs are not a separate breed in themselves. They always come from registered English Bulldog parents, but of smaller size. This poses the difficult question of how can I be sure/guaranteed that my puppy will be a Mini? To answer this, I would say that a major kennel club or association would need to start recognising the breed and set a standard that everyone has to adhere to and thus be able to register as an official Mini English Bulldog litter. 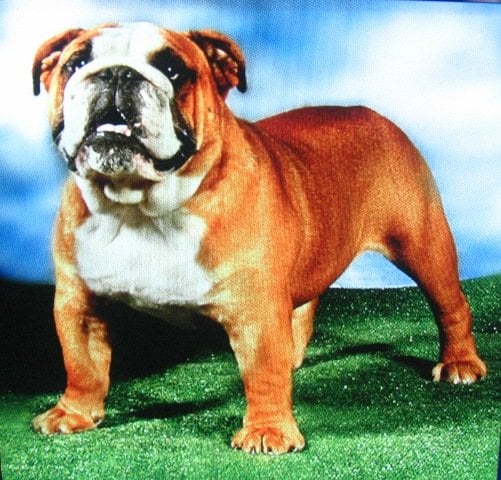 If you think you know enough already, please feel free to check out our available Miniature English Bulldog puppies.

If you would like to learn more, please carry on reading below.

A good comparison with a mini breed would be the Mini Bull Terrier, which are certainly officially recognised (FCI for example). Basically they are just like their bigger counterparts, the Bull Terrier, but there is an official mini size standard set that both parents must match and be registered under. This usually does the trick and guarantees the smaller size quite well. I should also mention here that although Mini Bull Terriers certainly look similar, they do not display some typical breed characteristics so prominently, such as the instantly recognisable oval/egg-shaped head as the Bull Terrier does. 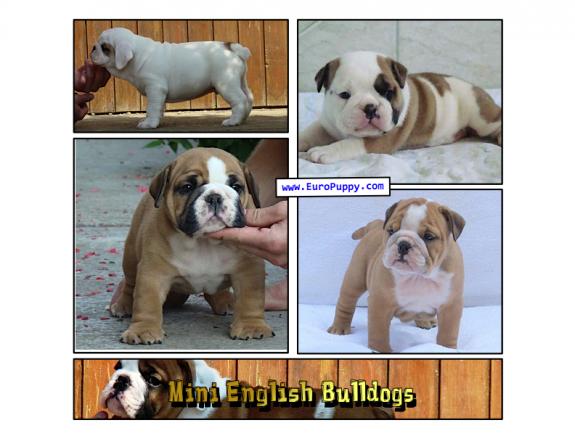 After all, most buy a Bulldog for that typical flat-face, wrinkly, loose-skinned, stocky and heavy-boned look. It’s just that some people like that look in a more compact, portable cute size, which they will find in a Miniature English Bulldog; it suits them and their lifestyle.

Typically smaller English Bulldog parents (around 20kg/44lbs or under) will naturally whelp smaller pups, so this is a good start. These parents should not be thin-boned runts of the litter unfit for breeding, just smaller, but still retaining the desired Bulldog traits that we love. Also, a pup that is smaller than the rest is likely in most litters.

As long as sturdy and compact, we could call it a Mini and not a runt. There is a distinction here! Females are likely to be smaller in size than males too, it is worth noting. Feeding plays its part too. What I mean here is that if a pup is over fed or fed a lot, especially on a high protein source, it is bound to be bigger than a puppy on normal rations of a balanced diet.

Bear in mind, that a smallish pup from, on the light-side parents, could turn out to be a standard-sized adult and a mini size is very difficult to be guaranteed. Of course you should not be too let down by this as you will have a great family member to love and cherish as it will do to you. As time goes by, you see that some difference in weight and size is of minor importance.

This is not an easy feat for anyone’s pocket.  But before one jumps to making decisions simply based on price, here are some facts to help in making an educated and informed choice. 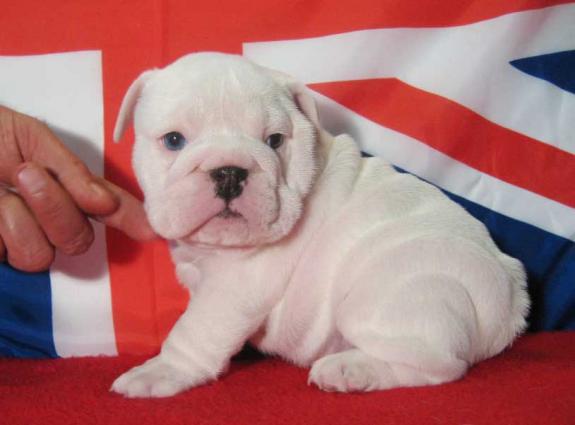 1) Obedience: The loyalty and obedience of the Mini bulldog is absolute and is not attained due to force or an uber-authoritative owner but due to their need to please them. They will promptly follow instructions and will stick by them.
2) Social behavior: Social environments such as gatherings are not ruined by incessant barking for they can be excited and not be rambunctious at the same time. Even bringing them to the office should not cause any problems for they can just rest and snuggle at the owners legs for the whole day.
3) Portability: Having a Mini Bulldog around or taking it around with family on trips is not a herculean task like trying to control a Tibetan Mastiff. Weighing between 20 to 40 pounds and 12 to 14 inches in height and 17 to 24 inches in length, they are “take everywhere-anywhere” companions. These dogs want to be with their owners and that is the only motivation needed.
4) Grooming: a Mini bulldog doesn’t require any professional grooming help at all. They hardly shed and owners can do a much better job by themselves. Brushing not only removes dead hair and spreads the natural oils for a shiny coat, but the whole routine actual brings the canine and owner closer as they can take comfort knowing that safety and genuine care is given.
5) The Health Factor: A very important fact prospective owners should bear in mind is that the Mini bulldog was bred with not just to reduce their size but more importantly reduce if not eliminate major health concerns of the larger version such as defective organs, hip dysplasia, gassiness and a short life span. Bulldogs have an average of 8 years but the Mini Bulldog can definitely hit the double digits.

Has this whet your appetite to check out Mini English Bulldogs? Browse our beautiful available puppies now! Do also feel free to leave any comments or ask any questions.