On the surface, canines seem like simple-minded creatures that do nothing more than eat, sleep, scratch themselves, and lick your face.

However, dogs are actually far cleverer than their owners give them credit for. Of course, every breed is genetically different, and some species are inherently smarter than others.

The following are the ten most intelligent dog breeds. While the species on this list may not exactly be able to comprehend the meaning behind E=mc2, they are certainly capable of developing problem-solving skills relevant to a canine’s life.

So let’s get started!​

Every dog is different in its behavior and skillset. “Smart” means the dogs can adapt quickly, learn commands, use their instincts, and be obedient. Every breed of dog shares those qualifications, but some are simply better than others. Sometimes level of intelligence is not what makes dogs smart, but their instincts, natural abilities (e.g., excellent smell or sight), and many other factors. Dog owners also play a big role in how and how often they train their puppies. 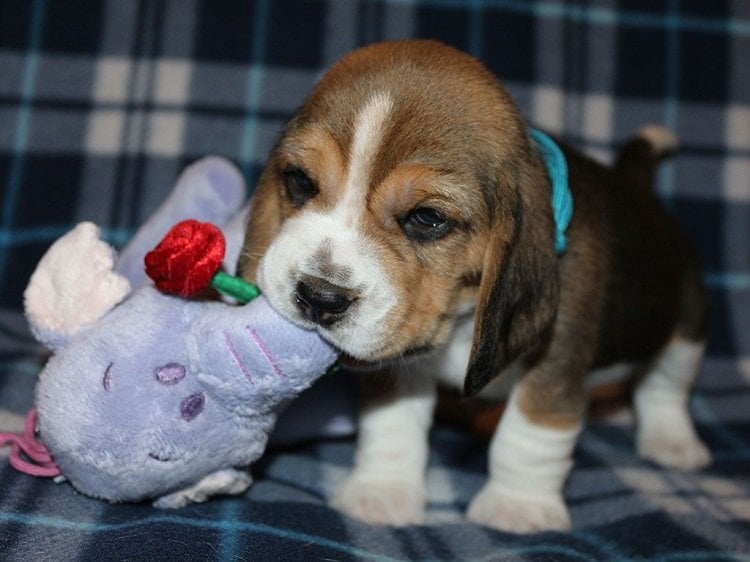 Beagles are exceptional with their nose and are frequently employed by law enforcement and detectives to sniff out drugs and other narcotics. They are even used by some pest control companies to determine the presence of bed bugs.

They are also capable of memorizing and retaining as many as 200 simple vocabulary words and commands. In addition, they are also excellent at reading and interpreting body language and facial expression.

If the training is left to someone else, then it may come to see that person – instead of you – as the leader. If your beagle does not perceive you as the leader, then it’s not going to obey your command. 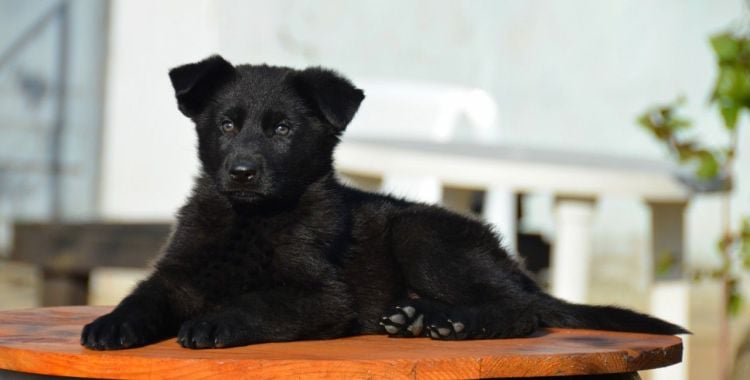 ​It is not just because of their physical prowess and agility that German shepherds are used by law enforcement. They are the easiest trainable guard dogs, among the smartest dog breeds, and can usually learn simple commands and new tricks with as few as five repetitions.

German shepherds do crave human attention, so it does help to do double training time as playtime. They also respond well to reinforcement training, so methods like positive reinforcement and clicker training work well. Besides, they are always eager to please and extremely loyal protectors of your home and family.

If you bring home a new German shepherd pup, it will be mature enough for obedience training by the time it reaches eight weeks of age. As with any breed, always reward positive behavior instead of punishing it for bad behavior.

While scolding is okay, physical punishment can lead to antisocial behavior and even cause it to turn on its owner or exhibit unprovoked aggression. 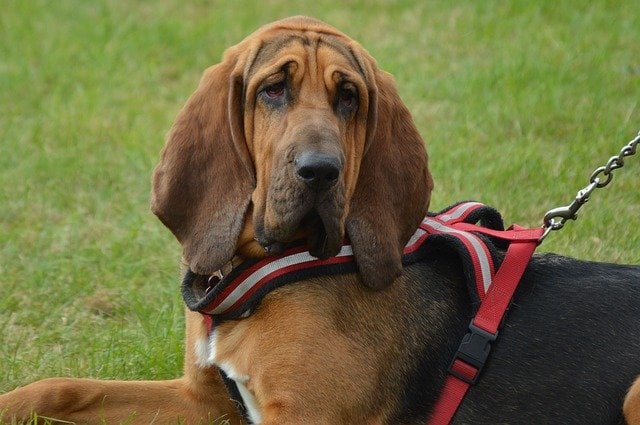 Like the beagle, the bloodhound is renowned for its sniffing ability. In fact, its olfactory ability is roughly three million times stronger than a human’s. Its nose is so strong that it can track scent up to five days old.

When training a bloodhound, start at a location with few outer distractions, such as your yard. Once it becomes accustomed to your commands, repeat the training process at a public area like a park. This will gradually condition it to listen for your commands even when there are multiple distractions.

Be patient because it may not obey your command the first time when it is in a new environment. 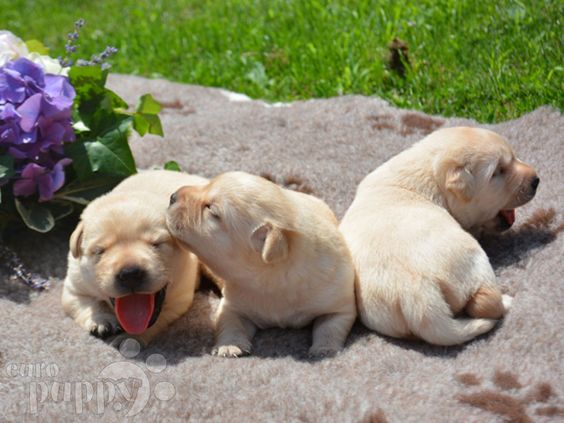 Labrador retrievers not only make great hunting companions for fowl and duck hunters, but they are also frequently employed as guide dogs for the blind and disabled. Luckily, their willingness to please their owners makes them fairly easy to train.

It is important that you begin training your lab while it is still a pup. Once it grows into a full adult, it will be rambunctious and boisterous with high energy levels that will be directed in unwanted ways if not trained.

Retrivers bz nature also follow a hierarchical system. This means it is very important that you establish yourself as the alpha male of the pack.​

Establish yourself as such by always walking ahead of your dog and letting it come to you instead of coming over to it. 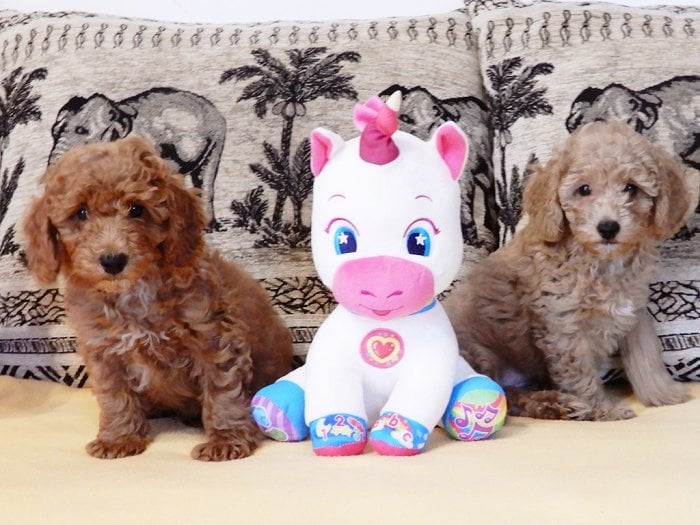 ​Poodles are often thought of as the breed primarily used for dog shows due to their aesthetic appeal of curly fur. However, poodles are also frequently the species of choice when it comes to obedience competitions.

Stanley Coren, a psychology professor from the University of British Columbia, authored the book The Intelligence of Dogs, and in it he lists poodles as the second most intelligent breed of dog, with only the border collie ranking ahead.

Poodles are also prized for their good natured demeanor, mild temperament, and love for human companionship. In addition, they are also known to be fairly easy to house and potty train.

Poodle may not look the smartest because of their fluffy hair; however, these dogs excellently use their intelligence combined with their strength and agility. Poodles are actually water dogs and skilled in retrieving.

While some owners have noted that they are not the easiest breed when it comes to leash training, it is a feat that can certainly be done by incorporating plenty of positive reinforcement. 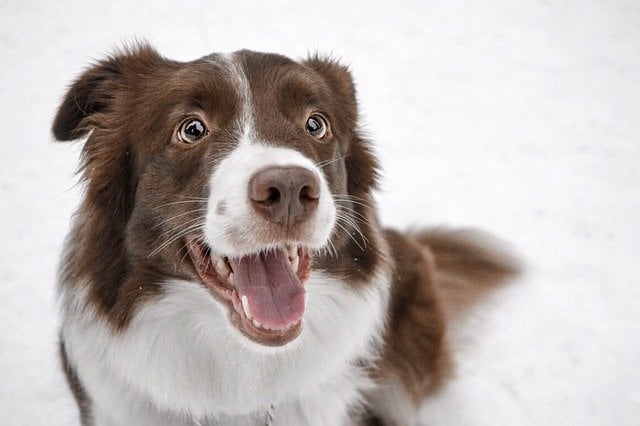 Most dog lovers are familiar with the story of Chaser, a border collie that could very well be the most intelligent dog in the world. At just two-months-old, Chase has already successfully learned over 1,000 words taught to it by its owner.

To date, that is the most words any nonhuman creature has been able to learn and retain in its memory.

To top it off, Chaser is also able to distinguish pronouns, grammar, and syntax. While Chaser is certainly an exception rather than the norm, it is a testament to the inherent intelligence and potential that resides within the brain of a border collie.

These herding dogs are known to be quick learners, and it is best that training begins at a young age. Once the information is instilled in their heads, they will retain it for the rest of their lives, provided that owners keep up with maintenance training.​ You may teach border collies certain daily tasks that they will execute without you supervising them.

Aside from an active brain, border collies also have active bodies and will constantly crave fun time from their owners. They have a lot of pent-up energy that will be used unproductively if not properly trained and socialized.

Newfoundland dogs are often stereotyped as a hulking and brawny breed with little to show for in the brains department. If this notion were true, they would not be employed as water rescue dogs.

The Newfoundland Club of America even gave one Newfoundland dog a hero award after it jumped from the fence of its home and rescued a woman during a snowstorm by helping her get to her feet and guiding her back to the doorsteps of her home.

While some people may attribute this more to instinct than intelligence, there is no question that a certain degree of brainpower is needed when it comes to emergency scenarios where quick thinking is required. 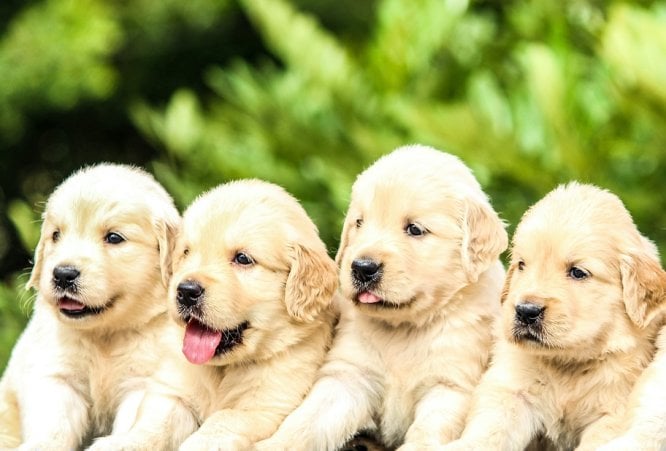 The Golden retriever is a smart canine with cream-like fur and excellent skills. They were initially bred to be hunting dogs and later became a perfect addition to a family. Nowadays, they are used as search and rescue and therapy dogs. This breed is very smart and energetic, making them ideal for people with an active lifestyle. However, they can also adapt to the pace of seniors.

Golden retrievers should be trained from a young age in order to direct their energy into completing valuable tasks. It is also recommended to train them through games and include retrieving skills games during playtime. 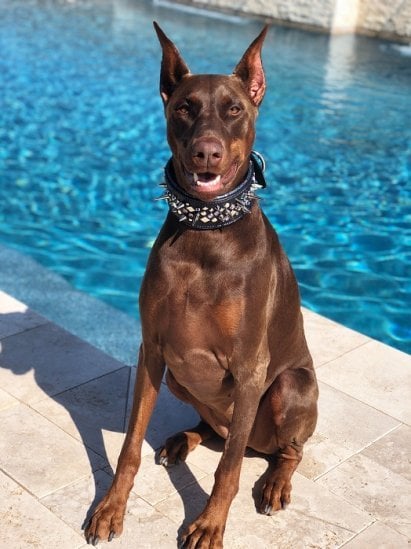 Doberman pinscher is a working dog breed that is muscular and swift and shows great intelligence. These also are the guard dogs that can learn numerous commands and new skills quickly.

Doberman pinscher is a dog bred to help with herds and lead the soldiers through dangerous zones; however, now this breed has become a very friendly and loyal family addition.

Some consider this canine as one of the most fearless dog breeds, too. 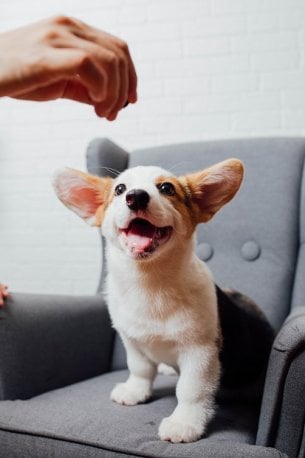 Welsh corgi is a small and cute canine with excellent instincts to look after young children and other family members. This dog breed belongs to the group of herding dogs, meaning it needs to learn a certain set of skills, be fast and firm with the cattle, and understand the situation. Corgis are easily trainable, and they stay close and loyal to the family they live with.

You can teach Welsh corgi some commands in a home environment and have daily sports activities to keep the dog active and busy.

The list of intelligent dogs continues, and we have to mention a couple of more dog breeds that are adaptive, highly trainable, and loyal:

The most intelligent dog breeds are capable of so much more than just obeying a few simple commands.

Just because you bring home a dog belonging to an intelligent breed does not mean that it will robotically obey your command off the bat.

It will have a personality of its own and do what it wants unless you give it the proper guidance and make it known that you are the leader.

If you make training a routine, then you will allow it to exercise its full brain potential.