What Causes Seizures in Dogs?

Many dog owners experience their dog having some sort of a seizure at some point of their lifetime. Being aware of the possible issues of what causes seizures in dogs might make all the difference.

This guest post from our friends at seizuresindogs.net will help you identify dangerous situations.

The most common causes of seizures in dogs

Canine seizures may be caused by a number of different things. Some causes of seizures in dogs may be from an unknown illness, whereas some may actually be hereditary. Regardless of what causes seizures in dogs, it is important to seek treatment from your veterinarian as soon as your dog has seized.

Your veterinarian will be able to tell you what the cause of your dog’s seizure was, and can assist you in choosing the right medical treatments and therapies.

To determine the exact cause of seizures in your dog, there are a number of different tests that may be performed. Some of these tests may include MRI scans, fecal tests and cerebrospinal fluid taps. Seizures are actually not uncommon in dogs, but they can be very serious if the cause is life-threatening. Because of this, it is very important to establish the exact cause of your dog's seizures. 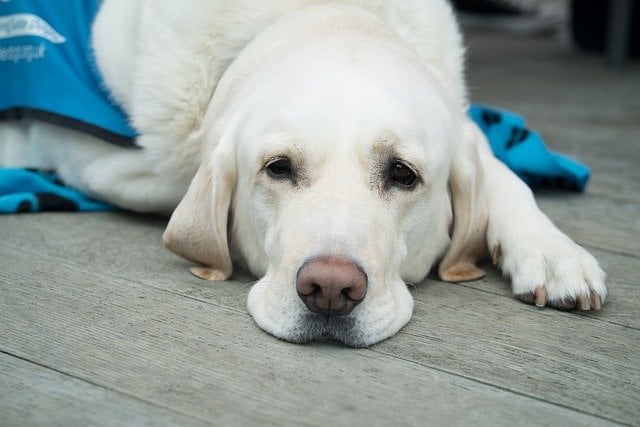 The most common causes of seizures in dogs include:

Heat stroke is a common cause of seizures in dogs. Heat stroke can be very dangerous and requires medical attention as soon as possible. Look for other symptoms of heat stroke such as thick saliva, bright red tongue, fever and heavy panting. Heat stroke may occur if your dog is left outside in the sun with no shelter, as well as if he is left in a car for too long in hot weather.

This is often known as idiopathic epilepsy, which means there is no known cause for it. These seizures seem to be inherited. Many breeds are known to be prone to epileptic seizures. These include Golden Retrievers, Poodles, and Beagles. Idiopathic epilepsy is the most common cause of seizures in dogs.

Canine distemper is a serious condition that a dog may contract if he is not properly vaccinated. When canine distemper goes untreated for more than two weeks, it evolves into the nervous system, which is when seizures may occur. Distemper is related to grand mal seizures. Look for other symptoms of distemper such as extreme drooling, aggression and head shaking.

Brain tumours put pressure on the brain. This pressure can cause seizures in your dog. Often times, seizures are a small symptoms of brain tumours. Look for other symptoms such as aggression, drooling, and loss of coordination.

If your dog has had any accidents involving the head, these injuries may later cause seizures. Sometimes these seizures will not appear for months, and some may be as soon as weeks after the head injury. Head injury related seizures are most common with concussions.

Low blood sugar may cause seizures as well. It is known that small dogs have a higher chance of hypoglycemia if they are not fed a balanced diet. Dogs who have diabetes may get seizures if they have been given too much insulin as well. 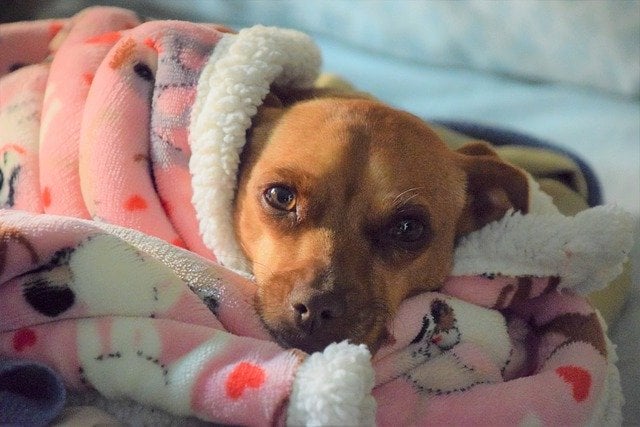 Treatment for seizures in dogs

The cause of your dog’s seizure will determine the exact treatment and therapy options.

Diet and exercise are also important when dealing with seizures in dogs. Diets high in fat and sugar will need to be changed, and exercise to help with weight loss and simply to stimulate the nervous system will also be required!