Home   /   Blog   /   Euro Puppy Sponsors the Pet Directory in the Official Newspaper of the US Military: Stars & Stripes

Euro Puppy Sponsors the Pet Directory in the Official Newspaper of the US Military: Stars & Stripes

July 12, 2010 by Sandor Fagyal
Euro Puppy is proud to be able to sponsor the Pet Directory in the official newspaper of the US Military called Stars & Stripes since January, 2007. Stars and Stripes is a daily newspaper published for the U.S. military and their families. Unique among the many military publications, Stars and Stripes operates as a First Amendment newspaper, free of control and censorship. They have published continuously in Europe since 1942 and since 1945 in the Pacific as well. In those two areas, the readers’ number is over 100,000. Euro Puppy has customers from not only the United States but from all regions of the world as well. In addition, the company serves a large number of customers from the U.S. Armed Forces as well. Being stationed far from home, it is often hard for military families to fulfill their dream of having a puppy. Euro Puppy can fly puppies to places where others cannot; to fulfill the desires of those serving in the military and their families based in Europe! Many US servicemen and -women stationed overseas in Europe have used Europuppy’s services since 2003, to purchase a new puppy for their home. 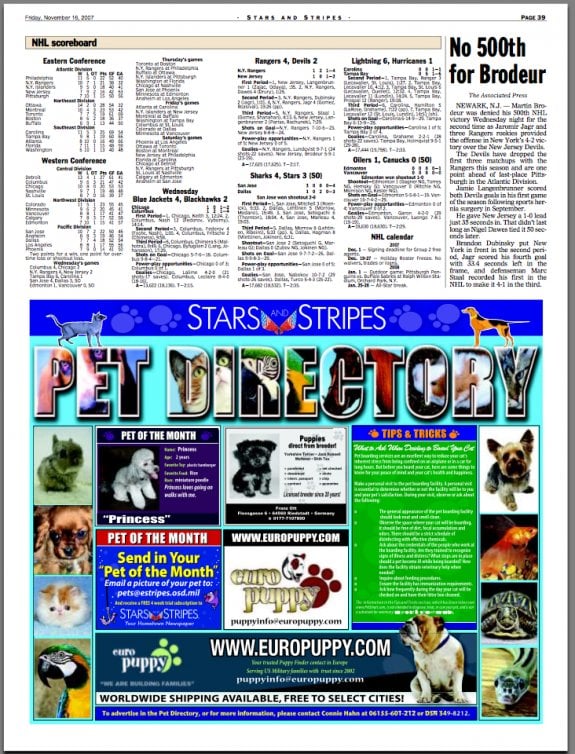 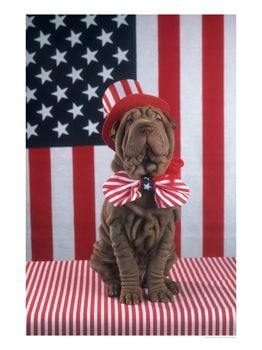