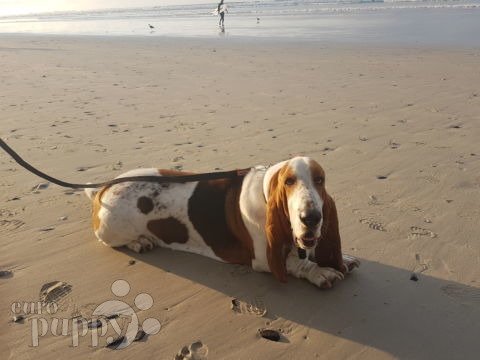 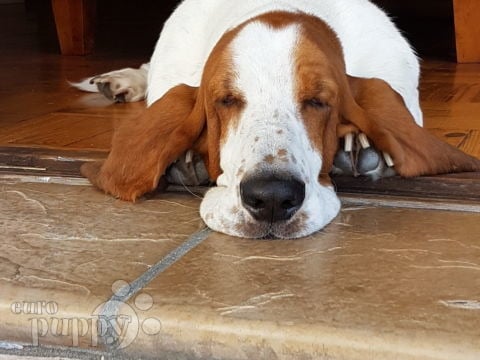 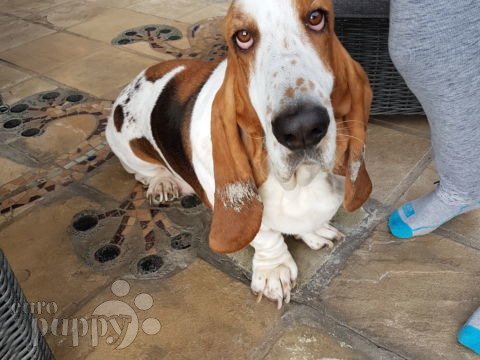 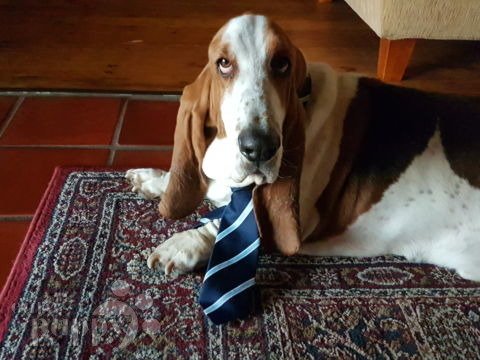 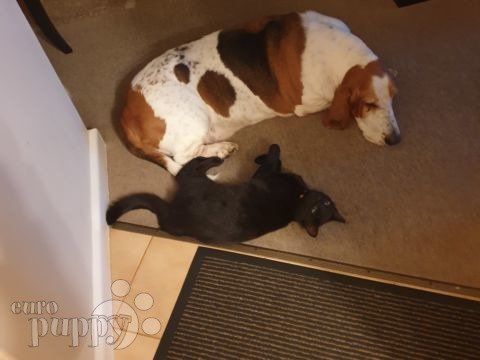 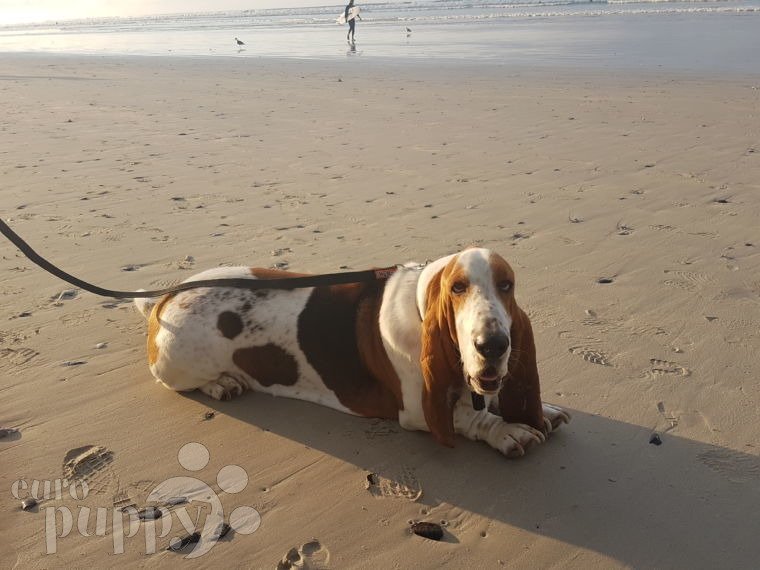 Thank you so much for the birthday wishes. We renamed Fair Play, Bailey.

He is doing great and is a very well travelled doggie! His first aeroplane flight at the age of just over four months old was from Budapest to Luxembourg. We then relocated to Cape Town, South Africa from there. Bailey flew too. From Cape Town he had another flight to Malaysia and after that was done, back to Cape Town again where we are now settled.

We had some trouble just before he was a year old … he had a severely flipped stomach and almost died. But with the help of a group of brilliant and very caring veterinary doctors, he pulled through wonderfully and other than a huge scar on his belly from the operation he had to undergo, he has recovered 100%

He is a very happy dog that adores his walks and loves the beach. He gets on well with other dogs and also has two kittie friends whom he loves playing with.

Bailey is a bit bigger than the Bassets found here in South Africa and is currently weighing about 37kg.

He has a lovely nature and is crazy about attention. He follows us wherever we go in the house. Always only a few steps behind. He has a very very deep bark but is not much of a watch dog …. sometimes scared of his own shadow! He can run really fast for those short little legs and only trips over his ears occasionally 🤭

I am attaching a few photo’s of him. 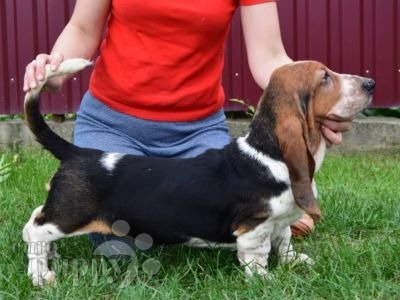 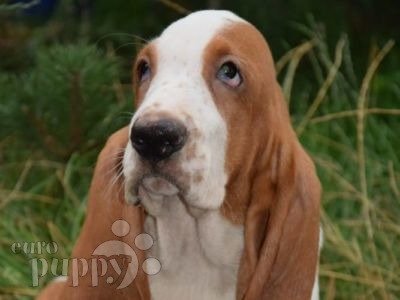 Be ahead of the Crowd when a new Basset Hound is available
by signing up to our Puppy Alert.